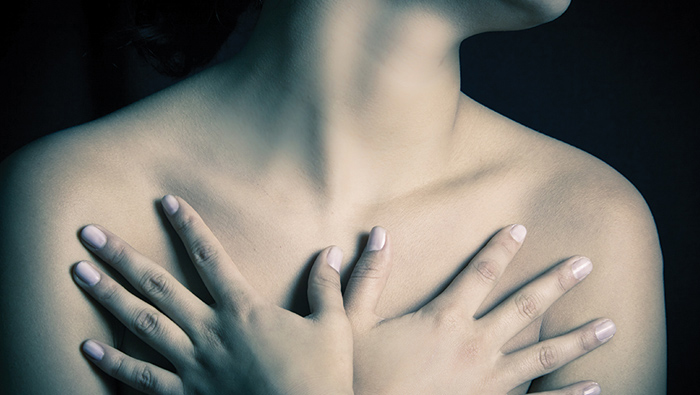 Ashkenazi women are under-tested for genetic risk for breast and ovarian cancer, according to medical oncologist Dr. Lucy Langer, the national director of genetic risk, evaluation and testing for Compass Oncology and US Oncology Network.

Ashkenazim (central or eastern European Jewish descent) have a one in 40 chance of having a harmful BRCA1/2 (BReast CAncer) genetic mutation. Only one in 400 people in the general U.S. population have such a mutation.

A mutation in BRCA1 or BRCA2 increases a woman’s lifetime risk of breast cancer from 12% (1 in 8) to as high as 80% (8 in 10); lifetime risk of ovarian cancer increases to between 16% and 60% versus just under 2% for the general population. Men with BRCA1/2 mutations also have increased risks of cancer – colon, prostate, pancreatic and breast.

Dr. Langer’s comment echoes a finding from an international conference held in Israel this summer. The conference was sponsored by Cure Breast Cancer Foundation and brought together breast cancer researchers from the United States, Europe and Israel. A press release from the symposium noted that testing for mutations in BRCA1 and BRCA2 only for those with suspicion-arousing family histories may deny other people with the mutations the opportunity to undertake prevention strategies.

In a news conference at the end of the symposium, Conference Chair Dr. Larry Norton said, “not having a family history does not mean that you should not be tested.” Dr. Norton, who is the medical director of the Evelyn H. Lauder Breast Center of Memorial Sloan Kettering Medical Center, continued, “Indeed, testing all Ashkenazi Jews, as an example, finds twice as many people with mutations as testing just those with family histories.”

“Knowing that one has a dangerous mutation could well be life-saving, since one can do things that minimize one’s risks,” he added.

Genetic screening for cancer risk began with BRCA testing, which is at one end of the spectrum where the increased risk is well documented. At the other end, says Dr. Langer, are genes such as the CHEK2 gene mutation, for which the individual risk of cancer is modified by family history.

As knowledge of inherited gene mutations that can lead to cancer has grown, many labs now offer panel-based genetic testing, which looks at a large set of genes in a single test. Dr. Langer says labs offer panels that look for six (all related to breast and ovarian cancer), 25 or 36 mutations, with one lab in Seattle testing for 99, which many physicians feel is excessive.

Dr. Langer recommends using a panel based on a patient’s family history. “Panels include genes for which you can take action if they are found,” she says. “It is actionable.”

Carriers of genetic mutations found in these panels should consult with genetic counselors regarding their increased risk of developing breast cancer, ovarian cancer, colorectal cancer and possibly thyroid or kidney cancer.

The Jewish Genetic Diseases Center of Greater Phoenix offers genetic counseling and other resources at jewishgeneticsphx.org/hereditary-breast-ovarian-cancer or 480-668-3347.

“For example, a patient with a CHEK2 mutation who does not have a family history of ovarian cancer is likely not at a very high risk; the risk of breast cancer increases with the number of cases reported in the family,” says Dr. Langer. “CHEK2 is also associated with a risk of colon cancer, so surveillance colonoscopies are recommended at about twice the usual frequency (one every five years) for patients with colon cancer in their family.”

Early detection is a key factor in survival rates for many cancers. Improved detection and treatment have substantially increased survival rates for women with breast cancer. The National Cancer Institute reports that five-year survival rates increased from 75.2% in 1975 to 90.6% in 2008; death rates fell an average of 1.9% each year from 2004 to 2013. Survival rates for ovarian cancer, which is frequently detected much later than breast cancer, have also improved from 33.7% in 1975 to 46.2% in 2008. The NCI Fact Sheets note that the statistics “are based on large groups of people, they cannot be used to predict exactly what will happen to an individual patient.”

For instance, breast cancer that is HER2 (human epidermal growth factor receptor 2) positive, is often more aggressive and harder to treat with hormone treatments used for other types of breast cancer. A new drug, pertuzumab (Perjeta), was approved by the FDA in 2014. “When we use pertuzumab with standard chemo before surgery … patients can actually feel the cancer shrinking,” says Dr. Langer. “If we do chemo before surgery, we can do ultrasound and other studies to show the treatment is working.”

She says immunotherapy cancer treatments may be “the wave of the future.”

Dr. Langer says that Keytruda, which “made the mass in President Carter’s brain go away, if you remember that story … boosts the immune system to recognize cancer as a foreign cell rather than (part of) self.”

She says these new drugs can have immune-related side effects, but they appear to be effective.

Targeting allows doctors to tailor cancer treatment toward the unique molecular profile of a tumor. That means the very BRCA1 and BRCA2 genetic mutations that make a woman more susceptible to ovarian cancer also make the tumor cells more susceptible to targeted treatment. Women with a BRCA1 or 2 mutation have proteins in their cells that do not perform the DNA repair of normal cells, explains Dr. Pejovic: “The proteins just are not working properly,” making women more likely to develop cancer. Yet those same mutated BRCA proteins make it “easier for chemo to kill the cancer cells.”

Immunotherapy is a parallel development in which cancer vaccines can be targeted to specific proteins. “Almost all ovarian cancer cells have a protein, survivin, in great amounts that is very low in normal cells,” Dr. Pejovic says. “The vaccine marks the protein and activates the immune system to attack those cells with the protein.”

As part of the US Oncology Network, Arizona Oncology is currently running a clinical trial for patients whose breast cancer is triple negative (lacking HER2, estrogen and progesterone). The trial uses standard chemo and an experimental drug before surgery. Information on this and other clinical trials is available at arizonaoncology.com.