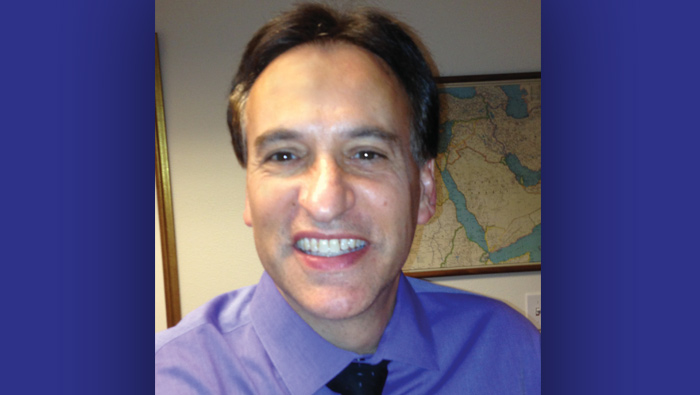 Over the past several years, there has been a rising hostility toward Jewish students amid increasingly aggressive anti-Israel campaigns on many American college campuses. Finally, one public university system has done something about it. In late March, the University of California’s Board of Regents adopted a statement declaring that anti-Semitism, including what it called “anti-Semitic forms of anti-Zionism,” has “no place” on its campuses.

To be sure, the resolution is a significant step forward in addressing the hostility toward Jews generated by the Boycott, Divestment and Sanctions movement. But should it have gone further? Curiously, the regents, by distinguishing between opposition to the existence of a Jewish state and bigotry against Jews, chose not to issue a broader condemnation of anti-Zionism as a form of discrimination. Yet, given the growing number of campaigns vilifying Israel and pro-Israel students on campuses across the country, was the decision not to conflate anti-Zionism and anti-Semitism fully justified?

Predictably, BDS supporters vehemently objected to the resolution. Typifying the opposition to the regents’ statement, Tallie Ben-Daniel, the academic council coordinator of the anti-Zionist Jewish Voices for Peace, told the New York Times: “This is the culmination of a campaign on behalf of pro-Israel organizations to equate criticism of Israel with anti-Semitism.”

Of course, no reasonable person would consider legitimate criticism of Israeli policies anti-Semitic. On the other hand, BDS propaganda falsely accuses Israel of genocide, ethnic cleansing, apartheid, and, as if these allegations weren’t absurd enough, the murder of Palestinian children used for “target practice” by the IDF. Such perverse lies are nothing short of unbridled demonization.

For many American Jews, especially those with a strong attachment to Israel, an attack on Zionism strikes at the very core of our Jewish identity. Even so, I sometimes hear within progressive circles the argument that anti-Zionism isn’t intrinsically anti-Semitic because Zionism is merely a “political” movement.

In an April 4 op-ed in the Forward, for example, Jane Eisner, the newspaper’s editor, argued that “the California Regents wisely acknowledged that reasonable people ought to be able to treat Zionism as a political ideology and question whether there should be a sovereign state in which Jews are privileged.” Moreover, as other commentators have pointed out, one can oppose communism without being anti-Chinese or oppose capitalism without being anti-American.

This, however, is comparing apples to oranges. Communism isn’t unique to China, nor is capitalism unique to America. But Zionism is inextricably linked to the character of the Jewish state. As Martin Luther King Jr. wrote in the August 1967 Saturday Review: “And what is anti-Zionist? It is the denial to the Jewish people of a fundamental right we justly claim for the people of Africa and freely accord all other nations of the globe. It is discrimination against Jews because they are Jews.”

There’s also another problem with the claim that opposition to Zionism is simply one side of a political debate. After all, what really matters is how that political view is translated into action.

Several pro-Israel groups operating on college campuses, such as StandWithUs, report that there’s a demonstrable correlation between anti-Israel activism and the targeting of Jewish students. This includes the use of both physical and psychological intimidation and the appearance of abhorrent anti-Semitic graffiti. At Cal Berkeley, for instance, “Zionists to the gas chamber” was scrawled on a university bathroom wall. Indeed, the regents acknowledged that anti-Zionism is “often” expressed as “assertions of prejudice and intolerance toward Jewish people and culture.”

Change “often” to “regularly” and you have a more accurate picture. True, not every BDS activist spray paints swastikas on the wall of a Jewish fraternity or threatens pro-Israel students with violence. But where on college campuses are there campaigns against the world’s worst human rights violators? Ever hear of an effort to divest from U.S. companies operating in China to protest against the Chinese occupation of Tibet? How about “Saudi Apartheid Week” to raise awareness of the abusive system of gender apartheid practiced in the desert kingdom? No such campaigns exist.

Even Syria, where the Assad regime has slaughtered hundreds of thousands of its own civilians, scarcely warrants any attention. Since the atrocities there weren’t perpetrated by Israel, they’re of no interest to the BDS movement. This blatant hypocrisy reveals a conscious deployment of a double standard used to portray the Jewish state, alone among all the nations, as a global pariah. It’s a discriminatory standard, and discrimination against Jews has a name. It’s called anti-Semitism.

Robert Horenstein is director of community relations and strategic initiatives at the Jewish Federation of Greater Portland. This article first appeared in the May 16 issue of the Jerusalem Report.

'Anti-Zionism and anti-Semitism' has no comments