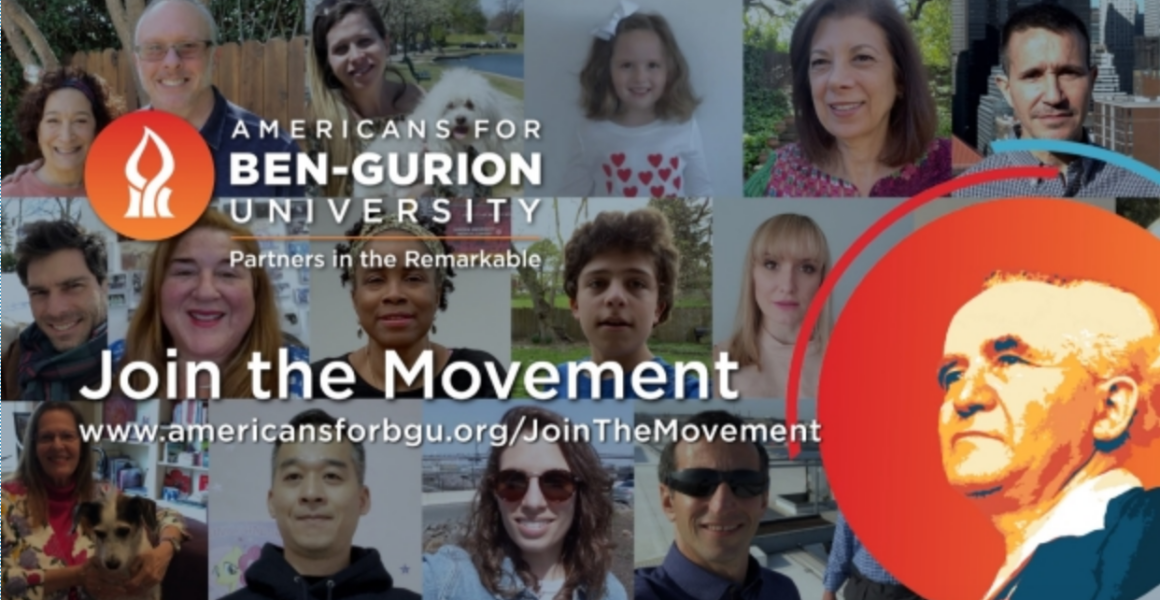 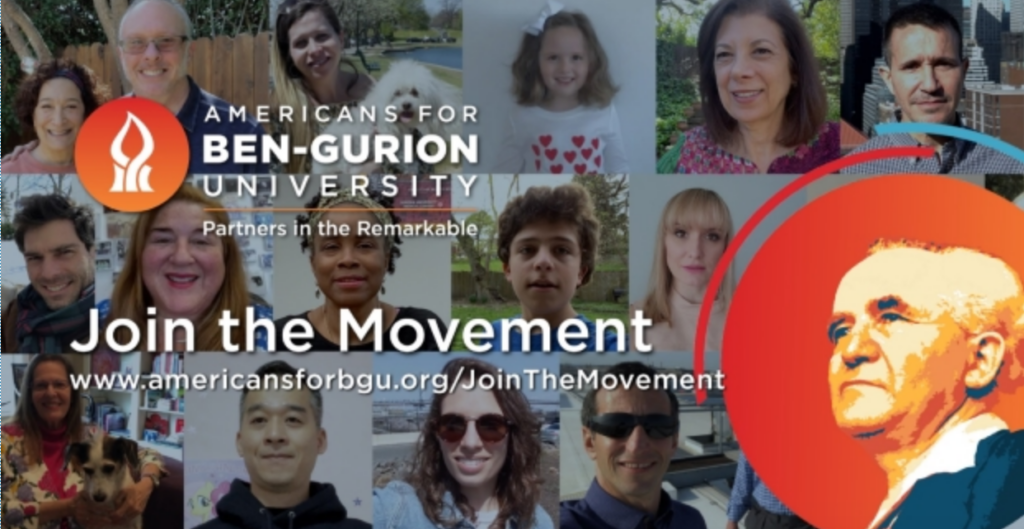 The newly rebranded Americans for Ben-Gurion University opens its arms to those who believe the world is simply better off because Israel is in it; the organization urges supporters to unite behind their common cause as “Partners in the Remarkable.”

As its inaugural initiative, Americans for Ben-Gurion University is collecting user-submitted videos, featured on the organization’s website. Users can submit their own video, sharing why they’ve joined the movement. Initial submissions have already begun rolling in.

“Americans for Ben-Gurion University offers a unifying, 21st-century vision for Israel as a light unto the nations,” says Doug Seserman, chief executive officer, Americans for Ben-Gurion University. “Our goal is to build a movement focused on conveying the best of Israel, inspired by the remarkable vision of David Ben-Gurion, the University’s namesake. We’re inviting Americans to partner in our apolitical movement in support of BGU’s groundbreaking research, along with its role in the transformation of the Negev desert.”

A visionary, Ben-Gurion recognized that the uncontested land in the Negev represented the best way for Israel to create the modern state from the very beginning dreamed of building an “Oxford in the Negev.” He moved south to a solitary Kibbutz in Sde Boqer to lead by example and spark a movement.

BGU’s hands-on model of education and research is positively impacting lives throughout Israel and around the world. The University’s entrepreneurial spirit and culture of innovation is driving the economic development of the Negev region. Beer-Sheva itself, where the main campus is located is becoming Israel’s signature innovation ecosystem.

BGU researchers are developing life-changing breakthroughs like rapid COVID variant testing and new ways to make the desert bloom through desalination, drip irrigation, and other water treatment research and technologies.