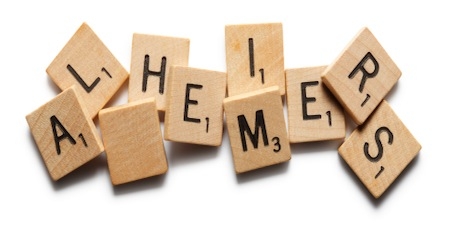 Life expectancy has increased to more than 80 years in many parts of the world, according to professor Alon Friedman, a neurophysiologist and neurosurgeon. Friedman is chairman of the Zlotowski Center for Neuroscience, a center of excellence at Ben-Gurion University of the Negev in Beersheva, Israel. Many neurological disorders increase with age, and Friedman and his team are trying to understand the mechanisms behind them.

Friedman predicts an 85% increase in the cost to treat Alzheimer’s disease by 2030, describing it as a huge cost and a global problem for which there is no cure. While it is important to try to find a way to treat the disease in its early stages and prevent further damage, there are currently no biomarkers, no proper animal models, no in-depth understanding of damaged mechanisms and no preventive treatments.

“Perhaps research and science are going the wrong way,” he says. “If you study football by looking at the fans in the stadium, you won’t understand football. You have to understand the interactions – player to player or player to crowd.”

Along with their research on the effects of Alzheimer’s, Friedman and his colleagues have studied a disease with similar symptoms. Chronic traumatic encephalopathy is a form of encephalopathy that is a progressive degenerative disease, which currently can be definitively diagnosed only postmortem, in individuals with a history of multiple concussions and other forms of head injury.

Ten million people are affected by traumatic brain injury. Even if a football player who suffered one or more concussions has not played for 30 years, he could be a candidate for CTE. “If the damage doesn’t repair itself quickly, it could be permanent,” Friedman says. “If we can diagnose the condition or the potential for the condition early enough, we can tell people not to play football or to protect themselves when they do. Some of us are more sensitive because of genetics.”

Similarly, in the case of ischemic stroke, a blood clot stops the flow of blood to an area of the brain. If not treated immediately, there can be permanent damage. “Two people with exactly the same symptoms can have very different outcomes,” Friedman says. For instance, Friedman and his colleagues performed MRI scans on the brain of former Israeli Prime Minister Ariel Sharon, who was incapacitated by a brain hemorrhage about eight years ago. They proved that Sharon could hear, but not that he understood what was happening around him.

Brain injury caused by a blow to the head, stroke or infection can lead to epilepsy, according to research conducted by Friedman’s team and others. Ten to 20% of all cases of epilepsy result from severe head trauma, and epilepsy affects 50 million people worldwide, according to Friedman.

The key to all of these injuries and diseases, Friedman explains, is the blood- brain barrier, which is composed of a network of vessels that forms a structural and chemical barrier between the brain and systemic circulation, keeping certain substances from entering the brain. Limited permeability protects the brain from exposure to molecules that are harmless to peripheral organs but toxic to neurons in the brain. It is influenced by neurons, the extracellular matrix and non-neuronal cells that function as a neurovascular unit to regulate permeability and maintain the integrity and function of the central nervous system. The tightly regulated, structural and functional barrier controls the environment within the brain and spinal cord by limiting the free passage of certain molecules into the central nervous system.

The blood-brain barrier can be breached after trauma, which results in degenerative brain disease. When certain chemicals get into the brain, they make it behave differently, resulting in neurodegeneration and faster aging, Friedman explains. Researchers have learned that blood-brain barrier functions are often impaired in common neurological disorders including stroke, traumatic injuries, intracerebral hemorrhage, tumors, epilepsy and neurodegenerative disorders.
Recently, a team of researchers from Ben-Gurion University of the Negev, the University of California, Berkeley, and Charité-University Medicine in Germany reported that a hypertension drug already on the market prevents a majority of cases of post-traumatic epilepsy in rats. Friedman hopes the drug eventually will work on humans to reduce inflammation and repair the blood-brain barrier after traumatic injury.

“Once we block the leakage, we hope we can block the damage,” he concludes.

ALZHEIMER’S FACTS
From the Alzheimer’s Association (alz.org)
Alzheimer’s is the most common form of dementia, a general term for memory loss and other intellectual abilities serious enough to interfere with daily life. Alzheimer’s disease accounts for 60 to 80% of dementia cases.

Alzheimer’s worsens over time. Alzheimer’s is a progressive disease, where dementia symptoms gradually worsen over a number of years. In its early stages, memory loss is mild, but with late-stage Alzheimer’s, individuals lose the ability to carry on a conversation and respond to their environment. Alzheimer’s is the sixth-leading cause of death in the United States.