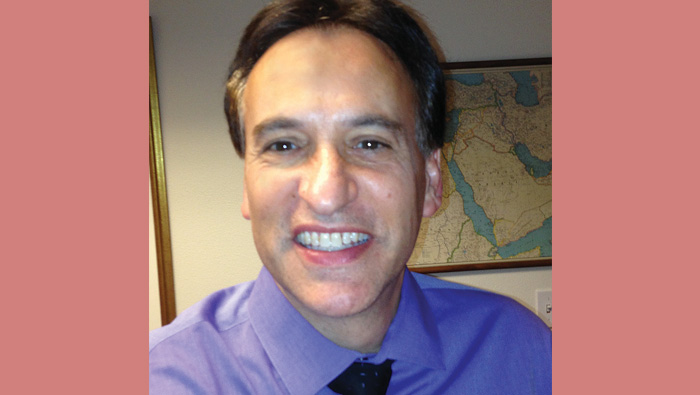 Editor’s Note: The U.S. Congress failed to block the agreement on the Iranian nuclear deal.  The divisive rhetoric from both sides is likely to leave a feeling of acrimony between those with differing views in the Jewish community, which is why we are running this piece now. This piece originally appeared in the Jerusalem Report in September.

Over the last several years, the Iranian nuclear program has been, arguably, the most serious issue on the public affairs agenda of the American Jewish community. Given the enormous implications for Israel and the world’s security, the debate over whether Congress should reject the agreement reached between the P5 +1 and Iran in July—known as the Joint Comprehensive Plan of Action (JCPOA)—should have focused exclusively on the deal’s merits.

Regrettably, both supporters and opponents of the JCPOA have chosen instead to rail against one another, often targeting their polarizing rhetoric toward a Jewish community deeply divided on the issue.

For example, in an outrageous attempt to exploit Jewish sensibilities, Republican presidential candidate Mike Huckabee asserted that the deal was tantamount to marching the Israelis “to the door of the oven.” In other instances, Jewish supporters of the deal have had their core values questioned by opponents accusing them of putting their “liberalism” and “blind allegiance” to US President Barack Obama above Israel’s safety.

Is it so inconceivable to opponents that one could defend the agreement not on the basis of knee-jerk partisanship but on its positive elements: pushing back Iran’s break-out time to a bomb to a year, significantly reducing the scope of its nuclear program, and instituting an aggressive verification regimine?

The same holds true, however, for those who oppose what they consider to be a flawed deal. The JCPOA legitimizes Iran’s status as a nuclear threshold power, allows Iran to continue missile development, fails to link sanctions relief to a change in Iran’s terror-supporting behavior and, reportedly, allows Iran to use its own inspectors to investigate the Parchin military facility, where it is suspected of having conducted past nuclear weapons activity.

Nevertheless, deal opponents have been maligned, their motives impugned by supporters. Most troubling is the dredging up within liberal circles of the “dual loyalty” charge – that Jewish lawmakers who reject the deal, such as Senator Charles Schumer (D-NY), are “warmongers” who are more loyal to Israel than the US.

The Obama administration, too, has resorted to objectionable language to squelch opposition. More than once, the president has suggested that the deal’s critics are beholden to “well-financed” lobbyists, a thinly-veiled reference to AIPAC, and “big check writers to political campaigns.” Likewise, House Democratic leader Nancy Pelosi proclaimed: “The outside [i.e. the pro-Israel lobby] will have endless money to spend on TV and going door to door to poison the well on this.” For some observers, these statements evoke the odious canard of Jews using their money to wield control.

There has been, of course, a well-funded campaign to oppose the deal. There has also been – as the president and Pelosi know – a well-financed effort to support it. J Street, the left-wing Jewish lobby, has spent millions of dollars on ads urging Congress to back the agreement.

In trying to make its case, the Obama administration seems to be diverting attention from the deal’s significant shortcomings by warning that Israel may be seen to be at fault if it fails to pass. Thus, back in late July, Secretary of State John Kerry told the Council on Foreign Relations that “Israel could actually wind up being more isolated and more blamed” should Congress reject the agreement, as if lawmakers would act on the basis of Israeli rather than American interests.

Our divided Jewish community must rise above the polarizing tactics employed by both sides – the impugning of motives and the resorting to offensive stereotypes and veiled threats – and forge a common ground. This is especially important given that Congressional opposition will almost certainly fall short of the two-thirds majority needed to override a presidential veto.

Whether one supports or opposes the deal, the focus should shift to the “day after.” A unified front should call on the Obama administration to state unequivocally that the US will use all means necessary, including military force, to ensure that Iran never develops a nuclear weapon, commit to imposing severe penalties for Iranian non-compliance, and provide Israel with the most advanced weaponry to further deter Iran and maintain Israel’s qualitative military edge.