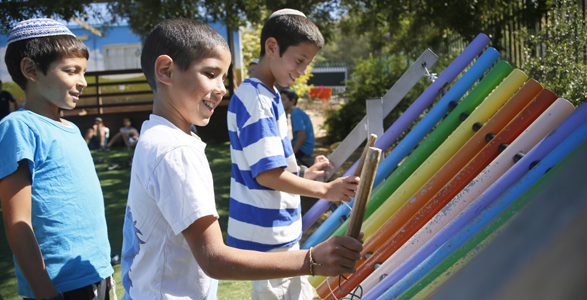 Pictured above: Children on the music playground at the Shiloh Israel Children’s Fund campus.

David Rubin made aliyah 26 years ago from Brooklyn, NY. He says his decision to move to Israel came “out of idealism” and his entrancement with the biblical history of the region. He initially lived in Jerusalem and within a short amount of time moved to Shiloh in Sumeria, more commonly known as the West Bank.

He became very involved in public service and in 1999 was elected mayor of Shiloh and served a two-year term. He had no way of knowing that the events of Dec. 17, 2001, would forever shape his future and the future of the children of Shiloh.

David was driving back from Jerusalem with his 3-year-old son Ruby sitting in the car seat behind him when his car was ambushed by Fatah terrorists who were perched on the side of the road with AK-47 assault rifles.

The car went completely dead when the bullets hit. “I felt one bullet crash into my left leg, and blood started pouring out,” says David. He quickly tried to start the car to get away from the terrorists, but the car wouldn’t start. The terrorists were still shooting. “I remembered my son sitting behind me, and he was so silent, I had almost forgotten that he was there. I turned around to him and I said, ‘Ruby are you OK?’ His eyes were staring straight ahead and his mouth was wide open like he was trying to scream or cry, but no sound was coming out.” David figured that Ruby was in shock. He shifted gears and turned the ignition one more time, and suddenly the car started. He drove 100 miles an hour to get to the next community to seek help.

Luckily, a paramedic happened to be at the gas station he pulled into. The paramedic ripped off David’s shirt and wrapped his leg to try and stop the blood loss. Shortly after an ambulance arrived, while they pulled Ruby out of the car, David heard the paramedic yell, “He’s also been shot. He’s been shot in the head.” Ruby had been shot where the skull meets the neck, causing a skull fracture and bleeding in the cerebellum. The bullet missed his brain stem by one millimeter.

In the hospital, David was approached by the public relations director who informed him that he was victim number 1,000 of terrorism to be hospitalized there that year. The director told him that they would keep the media away who wanted a statement from him. David said to let them in. 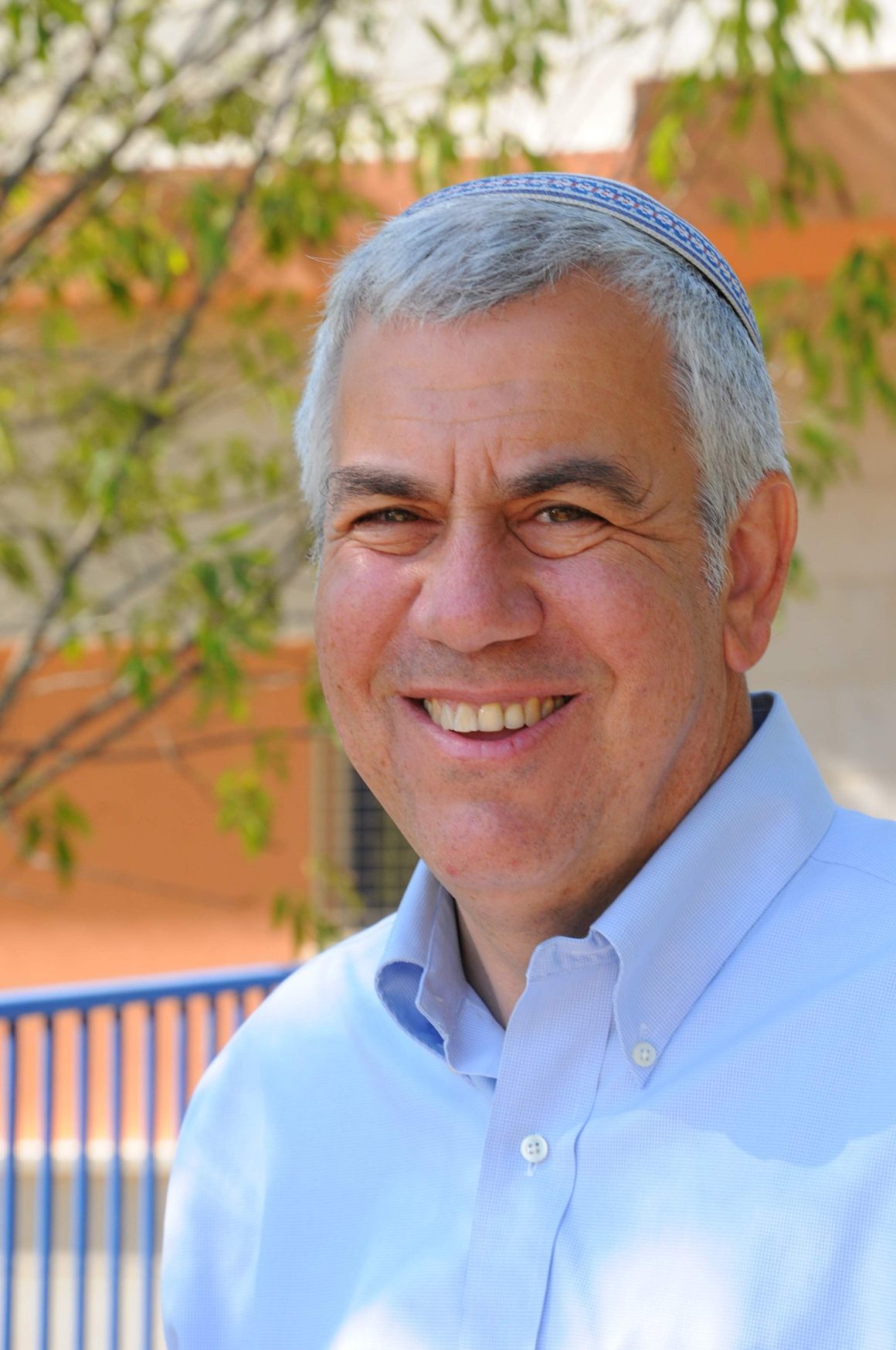 “I just felt after what we went through that this was a story that needed to be told,” says David. “I’ve always been very skeptical when it came to personal miracle stories; maybe it came from growing up in New York. After what we went through, it was such a surreal, supernatural experience that we survived, and I realized that there was a higher purpose.”

David’s purpose became clear several weeks after the incident when he was observing Ruby playing in the living room. “He was in his pajamas. He still had a bandage on the back of his head, and he was sitting in this big toy car,” remembers David. He heard Ruby talking, at first he thought he was talking to himself, then he realized that he was role-playing.

This was the first time that Ruby verbally expressed anything about the attack that had happened more than five weeks before. “I realized this is how we heal trauma in young children – through some form of play therapy,” says David. It became clear to him at that time that his God-given mission is to heal children suffering from trauma.

David explains that children can’t go to a therapist and open up; children keep it all inside. “Children need intermediaries to help them,” he says. That was why he started the Shiloh Israel Children’s Fund 13 years ago. “I felt that I had to heal the trauma of the terror victim children and to restore some of that lost innocence to their lives.”

David’s background was as a teacher, so he had some idea of what needed to be done but starting a nonprofit organization was entirely new to him.” I got some partners and we went to the Israeli Ministry of Education. We partnered with them in building this campus – planning it out very carefully so that it would serve therapeutic as well as educational purposes.” What has developed is both a therapeutic and educational campus in the heart of Shiloh that serves both local children, and children from neighboring communities who arrive on 20 buses daily.

“We have more than 2,000 children at any given year on this campus,” says David. Shiloh has a boys’ school and a girls’ school for ages ranging from nursery school to the eighth grade. There is also a formal therapy center offering music therapy, art therapy, a petting zoo for animal-assisted therapy, bibliotherapy, movement therapy and a music playground. 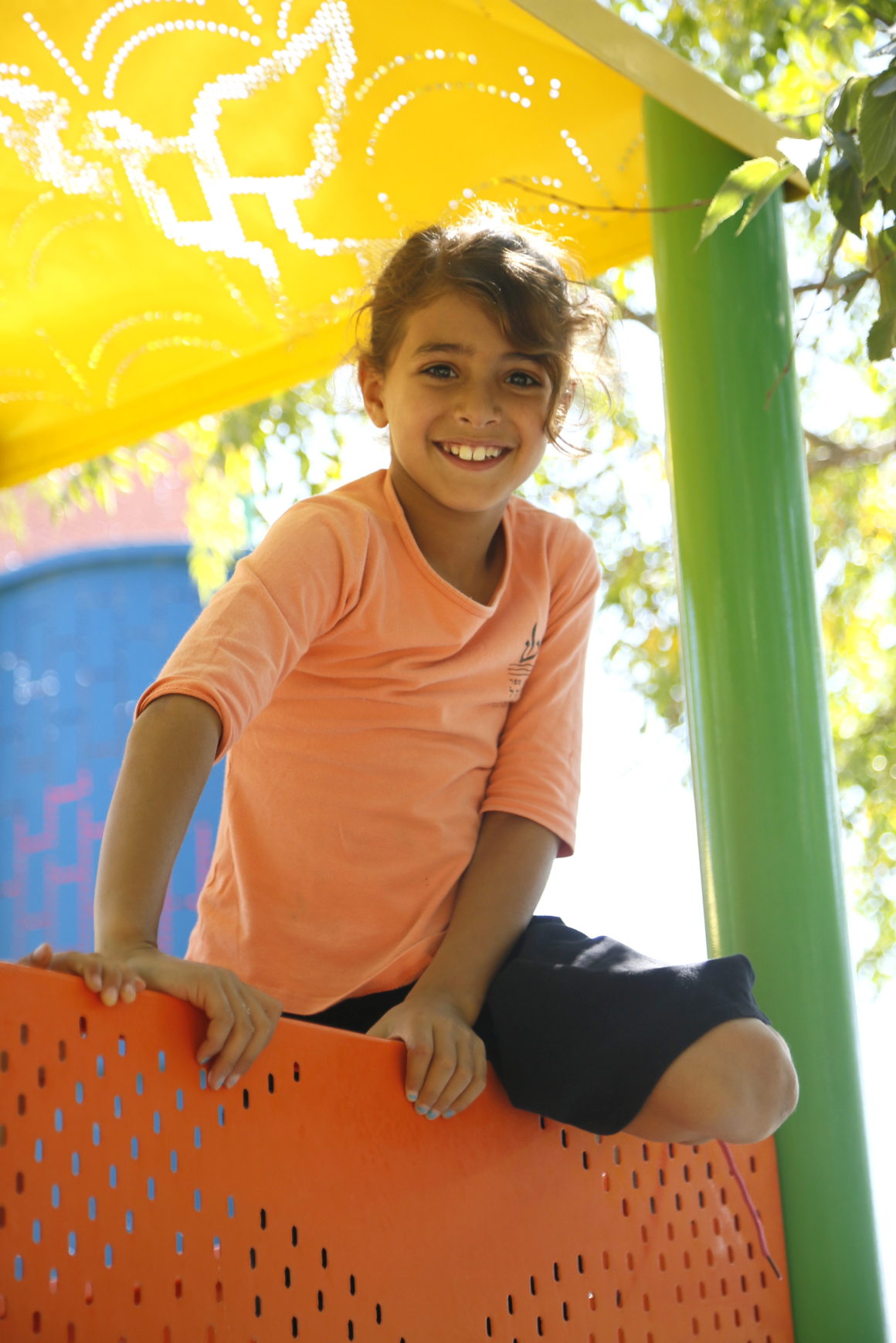 Girl on the playground at the Shiloh Israel Children’s Fund campus.

David has been involved with additional projects in Sumeria such as building playgrounds, creating youth programs and working with teenagers. “We’ve just built the first high school to be built in Shiloh in 3,300 years,” he jokes, “since the city of Shiloh was first established as the ancient capital of Israel.”

There are currently about 8,000 people living in the township of Shiloh. “We are making a better life for all of the children here, and our population is growing – since 1978,” says David. For 2,000 years, no Jews or Israelis lived there.

He is proud to live in Shiloh with his family, raising two daughters and two sons. Today, Ruby is 19 years old and just completed his army service and is attending school at a yeshiva where David says he loves learning the Torah.

All of his children hold dual citizenship, as does David. “I still consider myself a proud American as well as a proud Israeli,” he says. Despite this, he never thought for a moment about returning to the states after the attack.

In fact, it was just the opposite. “My feeling was that the terrorists want to chase us away,” says David. “Their first goal is to kill us but if they can’t kill us the second goal is to wound us – their goal is to frighten us.” He believes that people will be afraid to speak up and live in the place where they were terrorized.

That’s why staying in Shiloh and creating the Shiloh Israel Children’s Fund was so important to David. “The whole point of this ­– we have an expression in Hebrew – ’hakol letova,’ ­which means ‘everything is for good’ and it doesn’t mean everything that happens is good,” he says. “We know that bad things happen to good people, but the point is that everything happens for a good reason and that good is supposed to come out of everything – no matter how bad it seems.”

The children of Shiloh benefit from this motto every day.