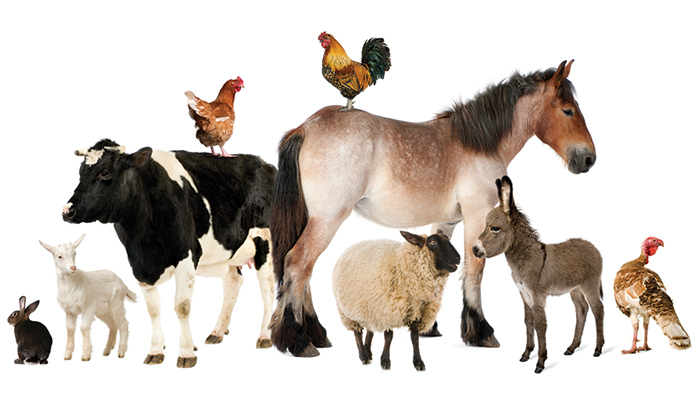 A coalition of Jewish groups has endorsed the idea of restoring and transferring the ancient and largely forgotten Jewish holiday of Rosh Hashana L’Ma’aser BeHeima (New Year’s Day for Tithing Animals) into a day devoted to considering how to improve our relationships with animals. The holiday occurs on the first day of the month of Elul and was initially devoted to counting domesticated animals intended for sacrificial offerings (Mishna, Seder Moed, Tractate Rosh Hashana 1:1).

Below are the top 10 reasons why renewing this holiday as a Rosh Hashanah LaBeheimot (a New Year for Animals) is an idea whose time has come:

1. Observing the holiday would increase awareness of Judaism’s powerful teachings about compassion to animals. These include: “God’s compassion is over all His works [including animals] (Psalms 145:9); “the righteous person considers the lives of his or her animals” (Proverbs 12:10); farmers are not to yoke a strong and a weak animal together nor to muzzle an animal while the animal is threshing in the field; the Ten Commandments indicates that animals, as well as people, are to rest on the Sabbath day.

2. Renewing the ancient holiday would show that Jews are applying Judaism’s eternal teachings to today’s critical issues, and this is needed as never before as the world approaches a potential climate catastrophe, severe food, water, and energy scarcities, and other environmental disasters.

3. By reinforcing a compassionate side of Judaism, the New Year for Animals would improve Judaism’s image for people concerned about vegetarianism, animals, the environment, and related issues. Currently, with regard to animals, the primary focus of Jewish religious services, Torah readings, and education are on the biblical sacrifices, animals that are kosher for eating, and laws about animal slaughter. It is essential that this emphasis on animals that are to be killed be balanced with a greater emphasis on Judaism’s more compassionate teachings about animals.

4. Reclaiming a holiday that they can more closely relate to and find relevant, meaningful, and appealing would help bring back young, idealistic Jews who are currently alienated to some extent from Judaism, and would strengthen the commitment of vegetarian Jews who are already involved in Jewish life.

5. Seeking ways to creatively make the holiday meaningful and enjoyable would help to revitalize Judaism. This has already happened with another ancient New Year, the New Year for trees, which has been renewed and transformed into a kind of Jewish earth Day.

6. Observing the holiday would increase awareness about the massive, widespread horrific treatment of animals on factory farms and thereby lead to dietary changes that would help reduce that mistreatment. Some examples are: Egg-laying hens are kept in cages so small that they can’t raise even one wing and they are debeaked without anesthetic to prevent them from harming other birds due to pecking from frustration in their very unnatural conditions. Male chicks at egg-laying hatcheries fare even worse as they are killed almost immediately after birth, since they can’t lay eggs and have not been genetically programmed to produce much flesh. Dairy cows are artificially impregnated annually on what the industry calls “rape racks,” so that they will be able to continue ‘giving’ milk, and their calves are taken away almost immediately, often to be raised as veal under very cruel conditions. Nine billion animals in the United States are slaughtered annually after being raised under very cruel conditions on modern factory farms, where all of their natural instincts are thwarted.

7. As Jews became more aware of the inconsistencies of animal-based diets with Jewish teachings not only about treating animals with compassion but also about preserving human health, protecting the environment, conserving natural resources, and helping hungry people, many more Jews would shift to plant-based diets, and this would improve their health and have other benefits.

8. A shift toward plant-based diets would also reduce one of today’s greatest threats: climate change. A 2006 report by the UN Food and Agriculture Organization, “Livestock’s Long Shadow,” indicated that animal-based agriculture emits more greenhouse gases (in CO2 equivalents) than is emitted by all the cars, planes, ships, and all other means of transportation worldwide combined. In a cover story, “Livestock and Climate Change,” in a 2009 issue of World Watch magazine, two environmentalists associated with the World Bank argued that the livestock sector is responsible for at least 51% of greenhouse gases. A major reason for this huge contribution to climate change is the large amounts of methane, a very potent greenhouse gas, emitted by cattle and other animals.

10. Shifting away from animal-based agriculture would reduce hunger and thirst worldwide. While an estimated 20 million people die of hunger and its effects annually worldwide and almost a billion of the world’s people are chronically hungry, over 70% of the grain produced in the United States and about 40% of the grain produced worldwide is fed to animals destined for slaughter. Also, a person on an animal-based diet requires up to 14 times as much water as a person on a vegan diet.