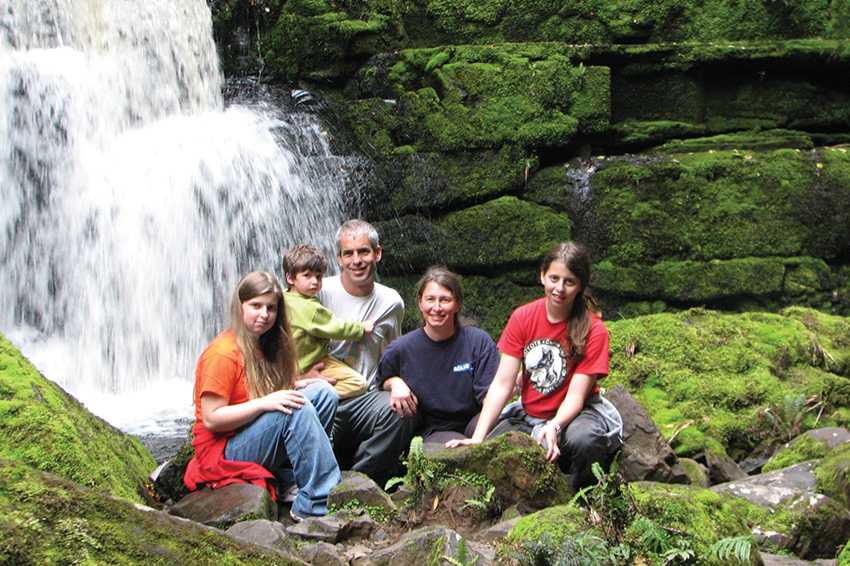 Israeli zoologist Uri Shanas, Ph.D., is planning to save Earth’s threatened species by giving everyone – everyone – a chance to help.

This isn’t just for contributors with financial means, explains Dr. Shanas, or Uri, as he prefers. Even native peoples can help save the creatures that surround them, and those peoples will continue to live on the land, and own it.

Uri calls his brainchild This Is My Earth, or TIME. It is in the development phase as a website he calls This-Is-My-Earth.org.

All this is under way while he serves a sabbatical from the University of Haifa at Portland State University in the pursuit of humane ways to limit the fecundity of the invasive rodent nutria, particularly by vasectomy. This method, he argues, is not as peculiar as it might seem because it limits the nutria population without triggering reproduction surges brought on by mass trapping and killing.

An expert in biodiversity, Uri is not just wise in the ways of the nutria, which he studied and helped control in the Hula Valley, north of the Sea of Galilee. He also led a team of Israeli students in his homeland in a cross-border collaboration with a team of Jordanian students to study biological differences in creatures on both sides of the divide, made possible by the peace treaty of 1994.

They learned remarkable things about the behavioral differences in animals. For instance, they found the tiny insect antlion flourishes on the Israeli side where antelope are protected, in contrast to the Jordanian side where the fleet creatures are hunted.

Uri and his team learned that antelope hooves break the ground’s surface, providing Israel’s antlions soft dirt in which to burrow and reproduce.

So, who cares about bug biology besides a bunch of zoologists collaborating at the Israel-Jordan border? The reptiles and the birds, of course, which gorge on the antlions.

And the message is? Creatures and the land are connected in remarkable ways, and it’s in humankind’s best interest to protect these animals – the antelopes, and the bugs to preserve the biodiversity and hence the stability of the ecosystem.

That’s where Uri’s vision for This Is My Earth comes into play. “Everybody says it’s an amazing idea,” proclaims the enthusiastic scientist, whereupon he clicks open his website, now in development.

It maps hotspots around the planet where biological diversity is most profound, places that can be protected with dollars and euros contributed by you and me and even the poorest citizens of the planet.

Uri is seeking support from the United Nations through a colleague who has connections there. This would support the sole person needed to run the website.

Administration of This Is My Earth would be done gratis, under Uri’s plan, by academic environmentalists from around the world who have income from their university work.

This, claims Uri, means every penny of every donated dollar would go to purchase the most biologically intense real estate on Earth, be it in the Amazon, the Sierra Madre, the Congo, Cambodia or Borneo.

His unfinished TIME website proclaims: “Biodiversity hotspots which are only 1.4% of the land surface hold 44% of all species of vascular plants and 35% of vertebrate species.”

Uri believes his project will save many of these plants and animals. “By protecting hotspots, we can significantly decrease the extinction rate. Most of the hotspots are privately owned,” the website tells us, which suggests the land may be purchased.

His plan requires democratic control by contributors and insists that native peoples be allowed to own lands on which they have lived throughout the ages.

“The organization is democratic and affordable,” says Uri, explaining that his vision provides for persons of financial means to contribute on behalf of those who have little money. This he says is important to empower native peoples.

While Uri awaits U.N. funding for his TIME machine, this remarkably young-appearing, 54-year-old scientist will study nutria at his spartan Portland State University office until July. He will then return from sabbatical to Israel with his wife, Irit, and son, Tomer, a middle school student. His two daughters remained in Israel: Shaked in the army, Neta at university.

Uri revels in Portland. His enthusiasm for the city seems boundless, especially for its tranquility, in contrast to frenetic Israel, and for its transit system, which he applauds endlessly. He recently took the bus from PSU across town to Reed College.

There he would like to study the interactions between nutria, which he calls “demolition engineers,” and beavers, “construction engineers.” The pond at Reed nurtures both.

Biological diversity, we’re reminded, is all around us. And Uri Shanas intends to husband our planet’s biodiversity for all mankind.

Floyd Smith is a Portland communication consultant who has had careers as television reporter and public relations executive.