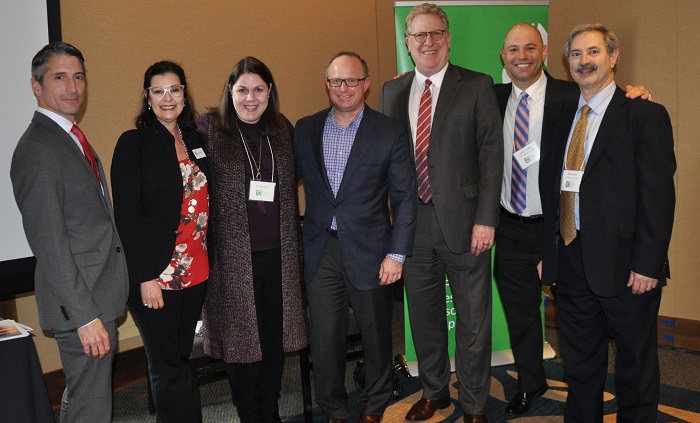 Two things were clear from the Professional Advisors Group of the Oregon Jewish Community Foundation’s program on the recent tax reform that passed Congress: There will be winners and losers, and the IRS has a lot to sort out.

The first major tax reform in 40 years was written in just 5½ weeks with many details scrawled in the margins when Congress passed the measure. More than 85 CPAs, attorneys, wealth advisors, donors and nonprofit leaders gathered for lunch and learning about the new tax law on Feb. 15 at the Multnomah Athletic Club.

Guest speakers were Amy Kutzkey and Eric Hormel from Perkins & Co. Accounting Firm, and Marshal Spector and Steven Zipper from Gevertz Menashe Attorneys at Law. OJCF notes that their collective expertise illuminated the changes in the new tax law and the impact on families, divorce settlements, businesses and more.

Presenting a series of case studies, Amy and Eric discussed how people with similar incomes will see different impacts on their tax bill based on a variety of factors.

Doubling of the standard deduction will benefit some taxpayers. For instance a family of five with three children qualifying for the child credit who rent their home and earn $90,000 in wages, will pay $3,000 less in taxes under the new law, explained Amy.

'TAX REFORM PROGRAM' has no comments