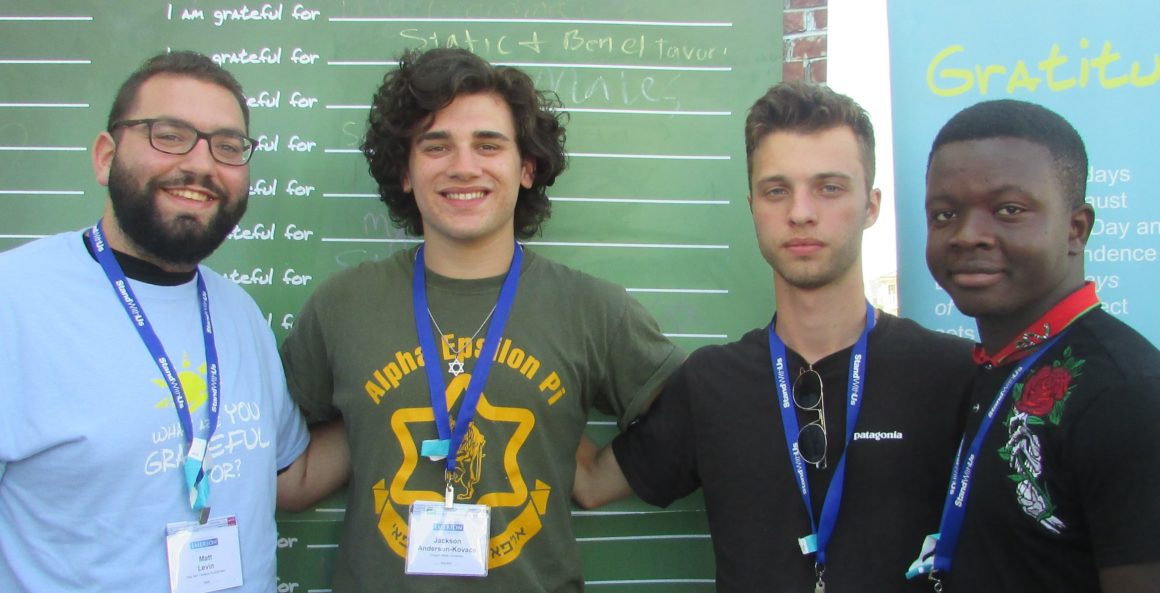 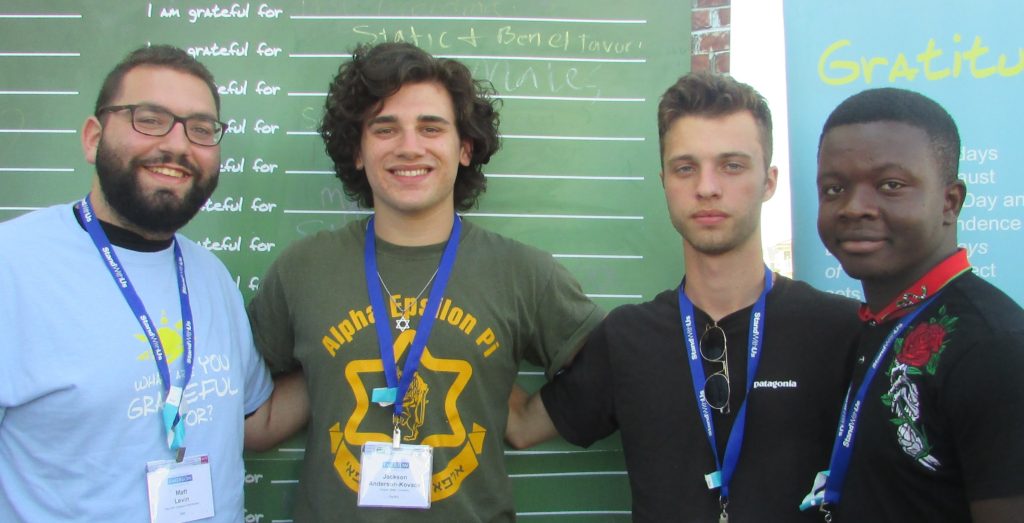 StandWithUs Northwest is poised to again meet the challenges of the 2018-19 school year with its campus Emerson Fellows and High School Interns.

Both programs select and train 90 student leaders from 90 schools throughout North America to educate their peers about Israel. The Emerson Fellows also combat anti-Israel rhetoric. The high school internship prepares students for the challenges they may face at university about Israel. 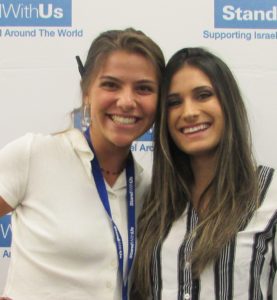 At their respective August training conferences in Los Angeles, the students learned organizational, leadership and debate skills; how to run effective programs and form coalitions with other groups; how to counter boycott, divest, sanction campaigns and to use SWU’s resources including the legal department and social media. One session explained when legitimate criticism of Israel crosses the line into anti-Semitism. The students also bonded with their new coordinators – Carmel Alon for high school and Matthew Levin for campus.

Chasen Daniels, the University of Oregon Fellow, has an immediate challenge when he arrives on campus. Last spring, the UO student government passed a BDS bill. This fall the bill goes to the Law Com (judicial arm of the student government) to ensure that it meets the necessary criteria. It could be rejected in part or entirely, or it could be approved. (See box for excerpt from the statement from the UO president opposing the bill).

That bill is what brought Chasen to the Fellowship. He says he “hopes to educate the student body on the facts and the positive impact Israel has on the international community. The conference better educated me and further connected me with Jewish students nationwide.”

When the initial vote passed 12-6 in the spring, Oregon Hillel Executive Director Andy Gitelson said, “Our kids did an amazing job … but many senators were set on passing this. The students put in a tremendous amount of work. Our petition that we created in opposition to the resolution had 879 signatures on it; the pro-BDS petition had 73.”

This fall, Chasen will join the effort to help ensure the resolution is rejected.

Jackson Anderson-Kovacs says he wants to “bring a positive dialogue about Israeli culture and history to Oregon State University and be a resource in defending our growing campus Jewish community from anti-Semitism.”

Portland State University’s Moussa Kone says he joined the Emerson Fellowship “to be part of the change that SWU wants to bring across the globe. The BDS movement is huge at Portland State. I want to bring more awareness of the issue.”

Tigard High School’s Nicole Mazzeo says she joined to “grow myself, my advocacy skills and my Jewish identity. … I am passionate about effectively educating about and defending Israel in tough situations.”

The Associated Students of the University of Oregon recently approved a resolution in which they endorsed the boycott, divest, sanction (BDS) movement against Israel and resolved to prohibit the purchase of products from certain firms because of those companies’ presumed connections to Israel. The nonbinding resolution refers only to expenditures and purchases of the ASUO, and encourages the broader campus community to follow suit.

Regardless of the relative merits of the Palestinian Authority and the State of Israel, it is important that all of us make every effort we can to avoid dividing our community along the lines of ideology, religion or national origin. To many Jewish people, myself included, the BDS movement not only seeks to criticize the policies of the current Israeli government, but also calls into question the very right of the State of the Israel to exist.

As ASUO considers future legislative actions on behalf of the student body, I hope our student leaders will seek ways to band together in support of our common humanity.