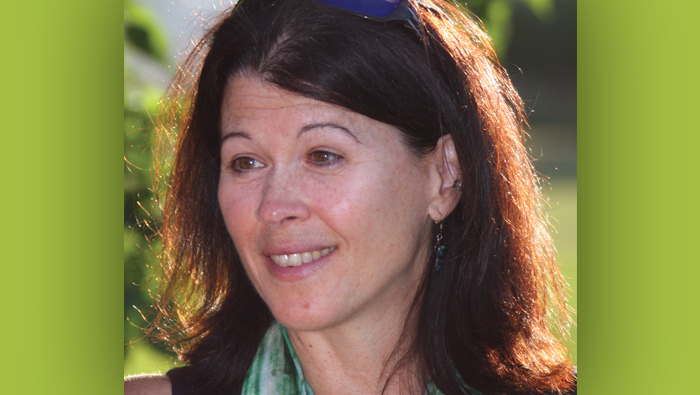 When Rabbi Ariel Stone came to Portland in 1995, she found a city undergoing rapid sophistication and change. She remembers being told that she arrived only six months before good bread came to town. Now, celebrating 25 years since her ordination and 13 years as spiritual leader of Congregation Shir Tikvah, Rabbi Ariel continues transitioning from the old to the new by applying ancient teachings to modern life. “We don’t have to invent anything,” she says. “We only have to look at the Torah.”

Rabbi Ariel never expected to settle in Oregon. A native of Orlando, FL, she was ordained by the Hebrew Union College-Jewish Institute of Religion in 1991. After ordination, she served as a rabbi in Kiev while helping establish Reform congregations in Ukraine. In 1996, she came to Portland as an associate rabbi at Congregation Beth Israel and stayed five years.

“We were looking to expand learning opportunities for adults,” Rabbi Ariel says. “The executive director and I decided to offer Torah study before Shabbat services. It became popular, and I had a great time. It was exciting to look at the Torah reading of the week in a way that was respectful of the text and the reader. You approach it saying to yourself, ‘This is the authentic, timeless center of Jewish life. Why?’ ”

After five years Rabbi Ariel left Beth Israel for a fellowship in Jerusalem. “This was the beginning of my moving away from the Reform movement,” she says. “I studied from people across the religious spectrum.”

Six months later a Beth Israel congregant emailed and said, “We miss Torah study. If we start a new synagogue would you come back and be our rabbi?”

“I told him starting a congregation was a lot of work, and anyway, I would not talk to anyone who was a member of a congregation about starting a new congregation,” Rabbi Ariel says. “I thanked him for the compliment. A couple months later he emailed again to say he was no longer a member of any congregation. I’m in the middle of studying the philosophy of Isaiah Berlin, in Hebrew no less, and suddenly this invitation about coming back to Portland arrives. I thought, ‘Let’s see what happens. Could a group of 15 people really make it happen?’ By the time I arrived in 2003, they had grown to 67 families. And Torah study has survived and thrived. At Shir Tikvah, about 50 people show up for Torah study every Shabbat morning.”

Since becoming rabbi at Shir Tikvah, Rabbi Ariel has continued her own studies, earning a doctorate from the Spertus Institute of Jewish Studies. She cofounded Oregon’s Jewish indigent burial society, Hesed Shel Emet, and is serving as president of the Oregon Board of Rabbis for the second time. Her book, a Kabbalistic guide to spiritual life titled Because All is One, was published by Derusha in 2012.

“The congregation has grown and developed into this welcoming Eastside Jewish place,” Rabbi Ariel says. “After 25 years there are still new things to learn. We’re small. We don’t have the staff to offer the amazing range of programming of a larger congregation. So we focus on the three primary Jewish activities and find that there are still so many aspects to explore.”

The first two activities are study and prayer. “Prayer is difficult for modern Jews,” Rabbi Ariel says. “We encourage people to overcome that protestant kind of decorum where everyone thinks they have to sit still for two hours. We encourage people to lead and chant Torah and Haftarah. We have a traditional siddur, but we make it fun with beautiful melodies. Instead of knowing you’ll see a certain pattern, we do something that feels pre-modern. And, because we’re not part of a movement, we can try to find the most authentic Jewish path as a congregation. We like being independent.”

Gemilut chasadim, acts of kindness, is the third pillar of Jewish life that Shir Tikvah emphasizes. “In addition to feeding the homeless, it’s about how we treat each other in shul,” Rabbi Ariel says. “You work on this by being a welcoming congregation not only to guests, but to each other.”

As Rabbi Ariel reflects on the past 25 years, memories of those who helped her stand out. “Somebody taught me that on your birthday, you should call your mother and thank her,” she says. “So in that spirit, I decided to send tzedakah in honor of 25 people who helped make me the rabbi I am. “There was Ezri Yuval, a teacher of prayer at Hebrew Union College in Jerusalem. A group of us met every day to daven the morning prayers with him, and he gave a workshop on how to chant the Haftarah. Those two things have been among the most important skills that I’ve used for 25 years. So I’ll send tzedakah in his memory to Hebrew Union College in Jerusalem. I’ll do the same for those from whom I’ve learned in Ukraine, Israel, Portland, New York and Florida.

“The idea of celebrating by giving thanks through the practice of tzedakah is ancient, Rabbi Ariel continues. “We find meaning in these old ideas when we guide a child through the creation of a mitzvah project, or use the mikvah to bring ritual depth to, for example, a transition from one gender to another, or any other deeply significant life event. These things should be Jewishly marked and given Jewish depth. We belong to this ancient tradition, and all we have to do is join up. My job is to help people make connections to those deep, meaningful places that already exist.”