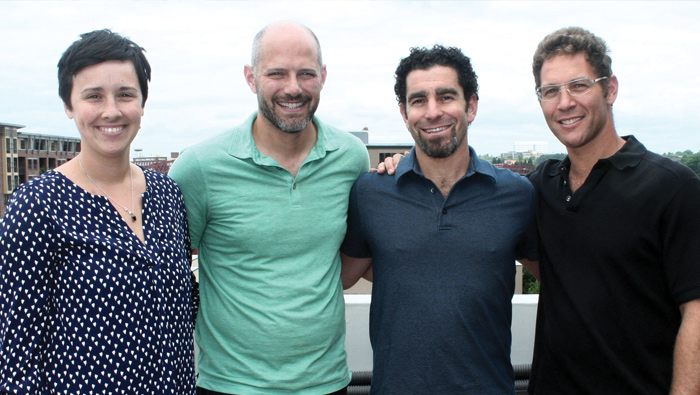 The Mariner’s Building at NW Third Avenue and Davis Street originally provided a rooming house for seamen and respite from the booze, gambling and other vices in Portland’s notorious downtown district. Built in 1881, by 1938 messages written on the walls included “The Frisco Kid stopped here … headed South.” During the 1960s and ’70s, it became a dancehall and meeting place for the local Chinese community. Vacant and increasingly derelict from 1975 to 2015, the once lovely old building had one of the city’s few remaining cast-iron façades.

Now Portlanders can welcome the Society Hotel, an entrepreneurial project that transformed a neglected Portland treasure into a state-of-the-art boutique accommodation. With the grand opening slated for Nov. 5, the combination hostel/hotel promises perfection for adventurous travelers of all ages with private rooms, bunk rooms, a rooftop garden, café, concierge service and uniquely crafted personal itineraries.

“I was chatting with my brother-in-law about a new take on hostels in Chicago,” says general contractor Matt Siegel, one of the four partners behind the new hotel. “We hatched this idea for Portland, a new vision for hospitality.” Matt met heating and cooling specialist Jonathan Cohen and his wife, Jessie Burke, during birthing classes at a midwife’s house some years before. Jon had a business relationship with Gabe Genauer, the founder of Groundswell Development. The four quickly formed a partnership, purchased property and got the project under way. This was in 2013.

“We had certain parameters,” says Matt. “We wanted a building in the heart of Portland. The other key component was the development of community. By creating the right environment, we create a space for people to gather.”

Although all the partners were experienced in the building trade, the Society Hotel project caught them off guard. “There’s a mind-blowing amount of structural work building a new building inside the old one,” says Gabe. “By leaps and bounds it’s the most challenging project I’ve taken on. More than a million pounds of concrete were added. Seismic upgrades were the most difficult. It took thousands of metal seismic hardware connections. Sometimes it was tenuous, like while we were reinforcing the foundation. This can bring on stress. We dealt with it cleanly and professionally. We have a common background, and our personal relationships are strong. It’s a nice unspoken camaraderie. We’ve celebrated Shabbat dinners together and will have many more.”

The Society Hotel has 38 private rooms and a 24-bed bunk room. Private rooms with shared bath start at $75 per night, and suites with private facilities begin at about $135. Bunk room beds start at $35 per night and include a curtain for privacy, reading light, electric outlet and locker. The rooftop garden has a large seating area and gorgeous views over Old Town. The café features delectables from Posies Bakery (posiescafe.com) on North Denver Avenue, which partner Jessie Burke owns and operates.

“Our front desk is a big concierge service,” Jon says. “Each attendant will be a trained Portland expert. We have a card catalog of favorite things to do in Portland categorized by genre, like natural experience, culinary and fun places around town.” After guests choose their cards, the concierge amalgamates them and prints out a custom itinerary, all of it accessible by public transportation or bicycle.

And, every guest at the Society Hotel will see history wherever they turn, including the graceful original staircase, dark wainscoting and seven-foot high windows. Clothes, stoves, old newspapers, even roller skates excavated during the reconstruction are displayed.

“A window was boarded up, and when we pulled back the boards, out fell a 1914 New York newspaper written in Ladino,” Gabe says. “The Oregon Jewish Museum used it for their exhibit on the Sephardic community. We’re framing it.”

Polina Olsen is a Portland freelance writer and author of several books on local history including Portland in the 1960s: Stories from the Counterculture.