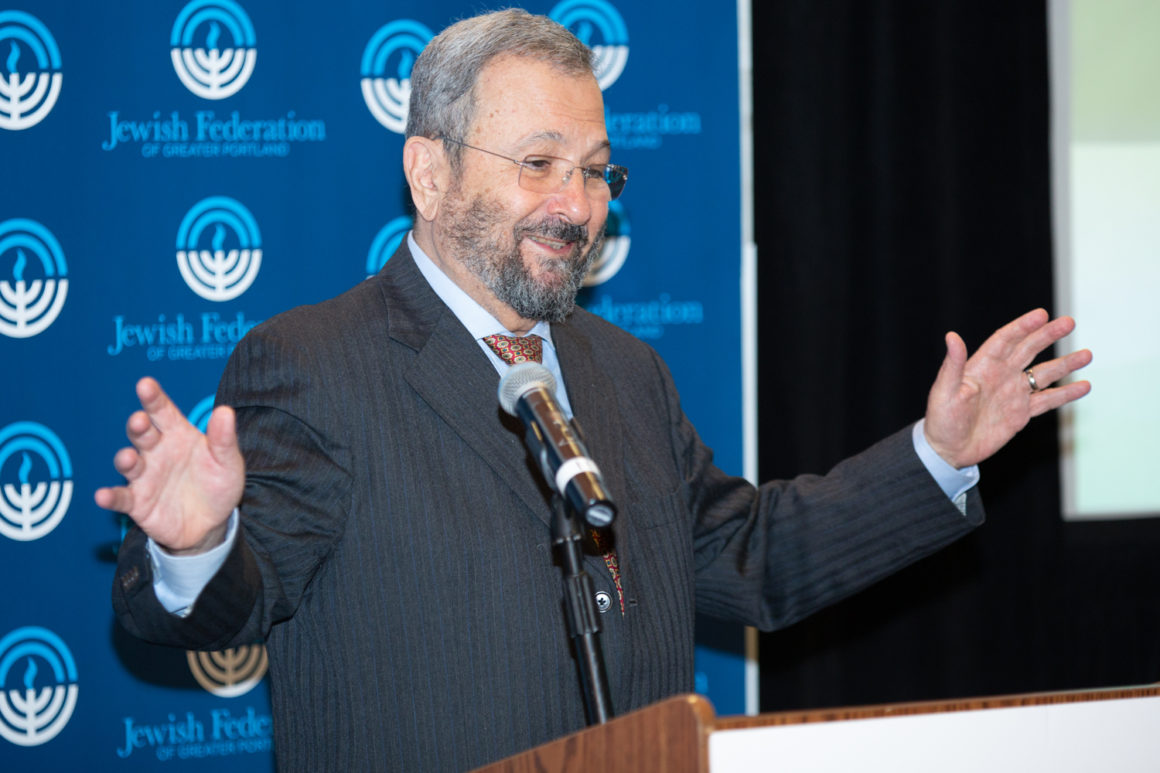 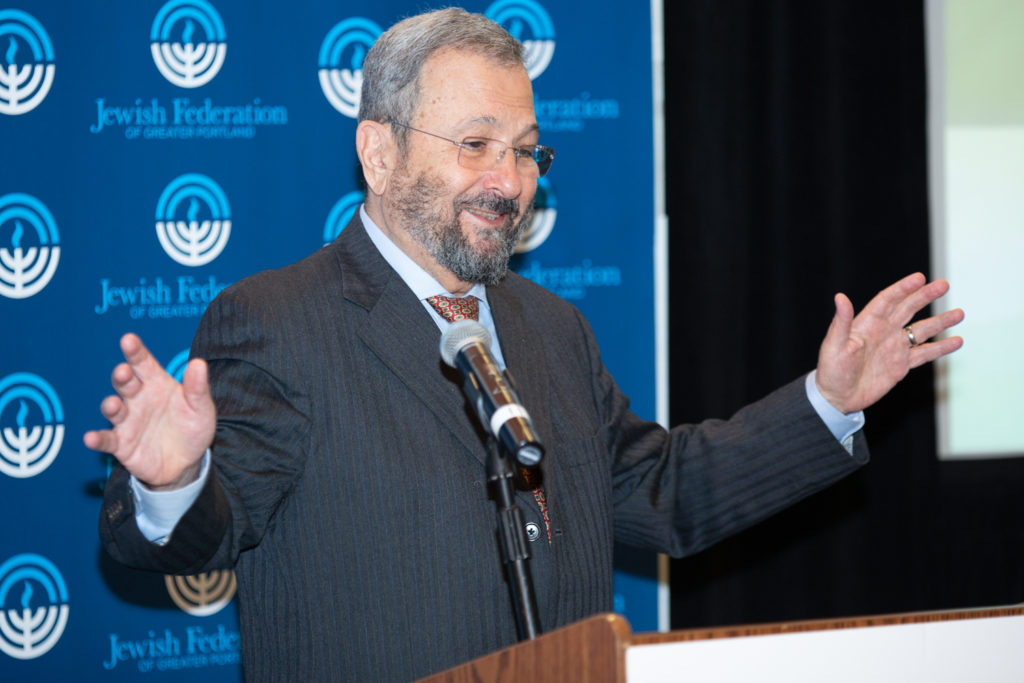 On Oct. 14, our community was honored to have Former Israeli Prime Minister Ehud Barak speak at the Jewish Federation Gala. The evening was a tremendous success as we raised over $575,000 to kick-off our Campaign for Community Needs. As one person shared with me, “The evening had the wonderful touch of community.” A special mazel tov goes to our event chair, Steven Kahn, and his committee for their efforts in making the evening so special.

Prime Minister Barak talked about his decades of service in the Israel Defense Forces, including personal stories about his role in the raid on Entebbe in 1976, and his involvement in the Sabena Airline hijacking in 1972. He truly is one of Israel’s greatest military leaders.

He also discussed the peace process during the Clinton administration that ended with Yasser Arafat saying “no” and an intifada breaking out. It was a frustrating time since no other Prime Minister had provided such a generous offer to the Palestinians for peace.

The Prime Minister focused much of his talk on Israel-Diaspora relations. In his eyes, one of the main challenges is a deepening generational divide. All over the world, and especially in North America, Jewish millennials (as well as others) are raising doubts about their commitment to Israel and Jewish institutions.

Passing the torch to this younger generation is already a difficult undertaking — as many leaders, educators, rabbis and parents will attest. But, he feels that when Israel’s own government proposes questionable or damaging legislation, this task may well become nearly impossible.

He followed by speaking about the challenges of religious pluralism in Israel. For many Israelis, Jews, and supporters of Israel, the last year has been a challenging one. In the summer of 2017, Israel’s government withdrew from an agreement that would have created an egalitarian prayer area at the Western Wall and proposed a strict conversion law that impinges on the rights of non-Orthodox Jews. This summer the Knesset passed a law that denies equal rights to same-sex couples. One day later came the nation-state law, which reaffirms that Israel is a Jewish state, but many feel damages the sense of equality and belonging of Israel’s Druze, Christian and Muslim citizens.

These policy decisions, which impact Diaspora Jewry, are made by the current coalition government in Israel, which Barak feels is overly influenced by ultra-Orthodox parties.

Some took issue with Prime Minister Barak on this and various other parts of his speech. That is to be expected. Some felt his comments were divisive. I believe he was challenging us to find ideas that unify us in respect to the State of Israel and the Jewish people. In the end, he explained that we must be better listeners and risk takers, while respecting the views and (religious) beliefs of those with whom we differ.

Ronald Lauder, President of the World Jewish Congress, recently expressed concerns of many in the Diaspora, “The vast majority of the world’s Jews do not identify as Orthodox. They are traditional, secular, Conservative, Reform or completely unaffiliated. Orthodoxy should be respected, but we cannot allow the politics of a minority to potentially alienate millions of Jews worldwide.”

Tal Keinan, an Israeli entrepreneur (and author of God is in the Crowd), described three competing visions for the State of Israel among Israeli Jews: “the secularist vision of a democracy for the Jewish people; the territorialist view that values land over democracy; and the theocratic goal of being governed by Torah law.”

This is exactly what Prime Minister Barak was speaking about. Differing perceptions/visions/concerns about the future between Jews in the Diaspora and Jews in Israel.  He took the sentiments from Lauder and Keinan and put them all on the table. Whether these issues get mixed in the same bowl or we keep these issues on separate plates is something we must decide. The challenge today for world Jewry – are we one?

I cannot end my remarks without mentioning our Centennial Trip to Israel. The early-bird special deadline is less than one month away (November 15). Do not let this special opportunity pass you by. After that date, the trip will be $500 more per person. Get your friends and family to register at www.pdxisrael.org (you can find out about multiple information sessions under the “pre-events” tab) and join us in March 2020.