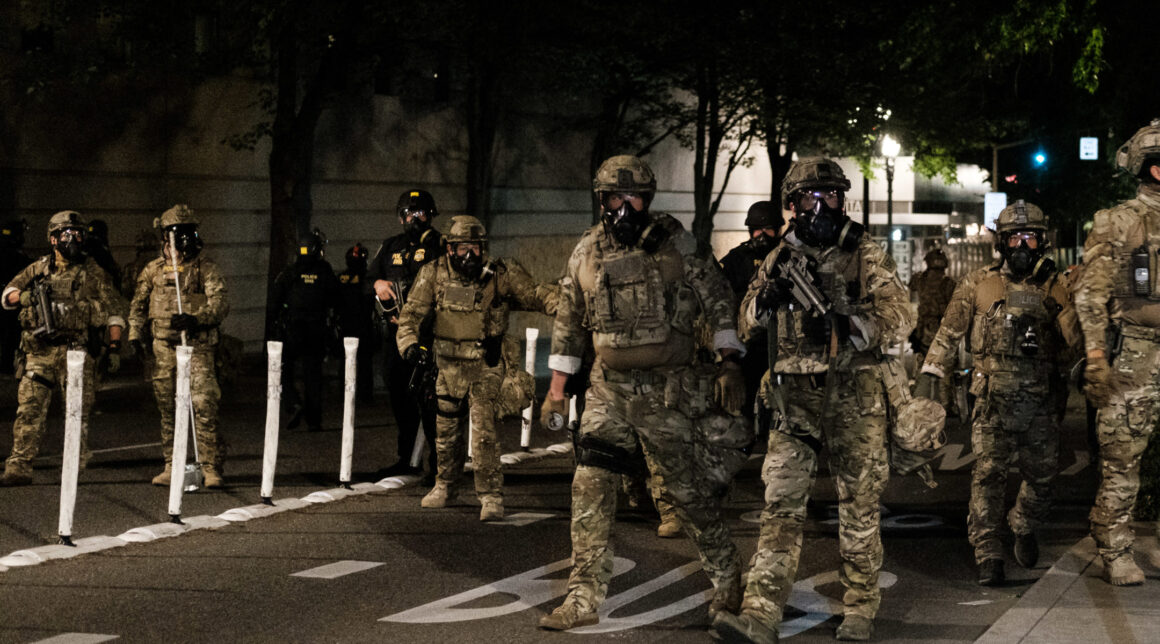 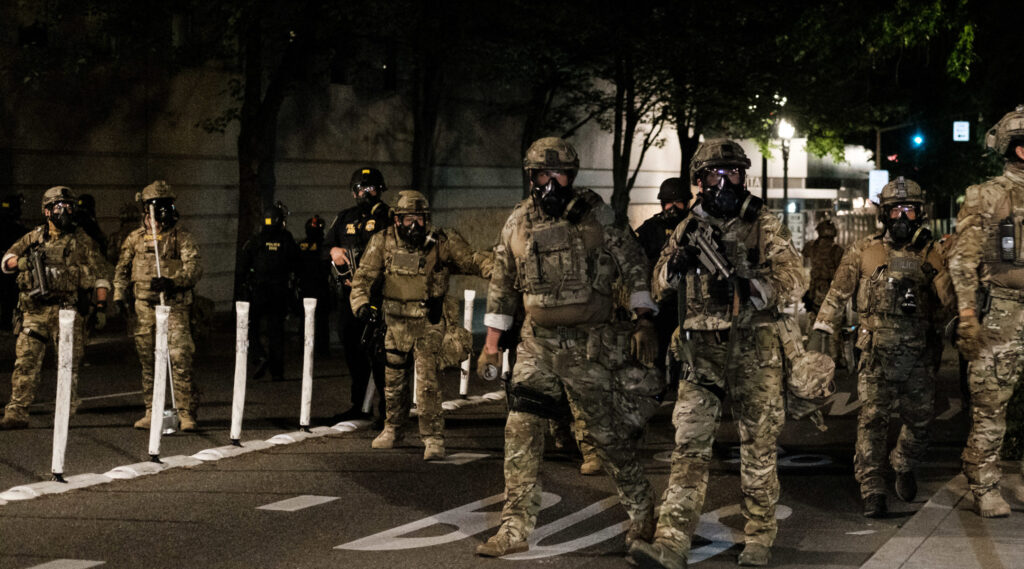 Seven rabbis from the Portland, Oregon, area are pushing back against the Department of Homeland Security’s covert activity against protesters in their city.

Portland has been the site of protests against racial inequality and police brutality for the past 50 nights, in the wake of the death of George Floyd at the hands of police officers in Minneapolis on May 25. In recent days, federal agents have intervened and have arrested peaceful protesters. Their activity has included grabbing people they suspected of being protesters from the streets into unmarked cars, according to an Oregon Public Broadcasting report that has drawn national attention.

In a letter to the department’s acting secretary on Friday, the rabbis called for the federal agents to be withdrawn.

“We unequivocally condemn unconstitutional kidnappings by unmarked federal agents, and call on you and President Trump to recall all federal forces from Portland immediately,” they wrote in the letter to Chad Wolf, who visited Portland on Thursday.

The rabbis are all are members of T’ruah, a rabbinic human rights group.

“Oregon rabbis and Jewish community members have been in the streets and advocating to our elected officials to protest police brutality against Black Americans and other people of color, as well as the systemic racism that perpetuates inequality,” they wrote. “We refuse to look away from this escalation in unjust state violence against Oregon residents or anyone else.”

Oregon’s governor and Portland’s mayor have both called for the federal agents to be withdrawn, and Oregon Attorney General Ellen Rosenblum has filed a federal civil rights lawsuit against several federal agencies over the law enforcement activity.

Rather than quelling the protests, the federal intervention appears to have invigorated them. On Saturday night, protesters set the Portland Police Association building on fire and clashed with federal agents, who reportedly were not properly trained before deploying.