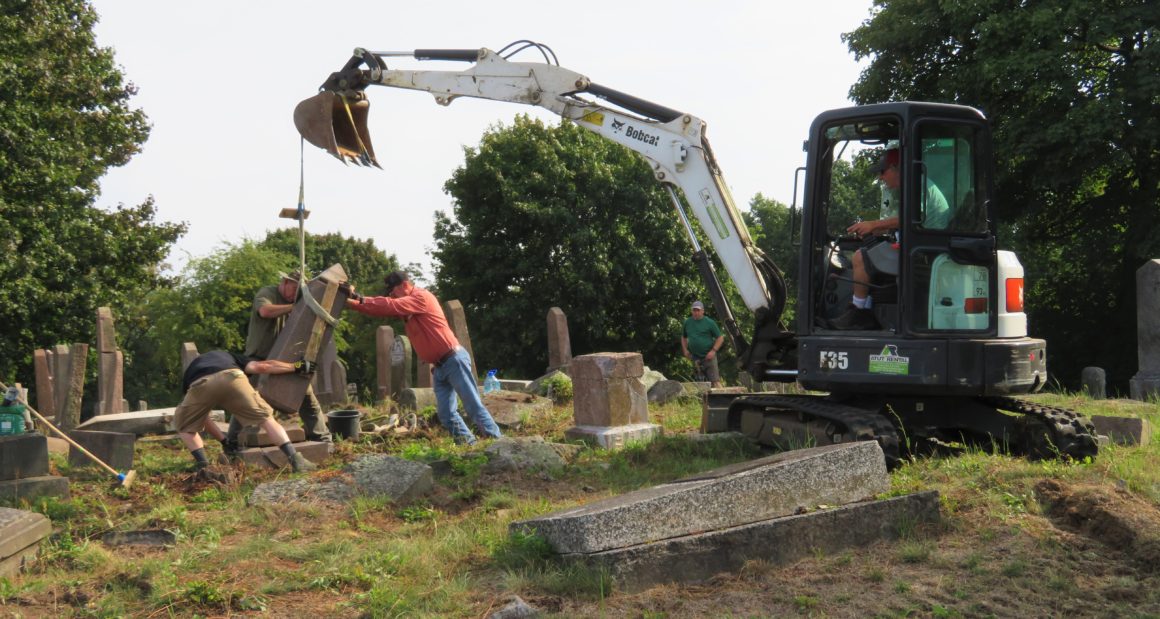 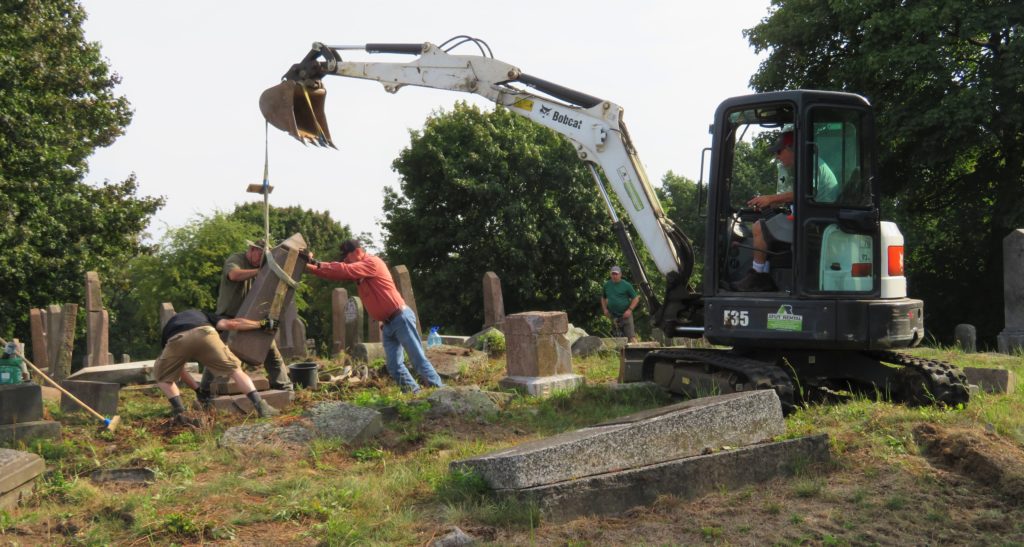 PHOTO: Last year, Pete McDowell (orange shirt) helped the Bobcat operator return a displaced gravestone to its rightful spot in the Bialystok, Poland, cemetery, that was vandalized during and after the Holocaust.

A retired land surveyor from Dallas, OR, Pete will spend about two weeks helping restore headstones to their rightful place. This will be his fourth summer volunteering on the project.

Pete first learned about the project while doing genealogy research on a Jewish geneaology site. His father is Jewish and he learned his great grandparents emigrated from Bialystock, Poland, to Brooklyn in the 1890s. He joined a Bialystock interest group and learned about the volunteer group restoring the cemetery. 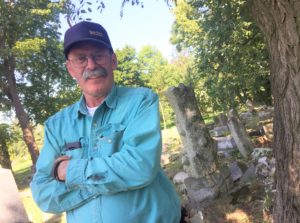 “Once I got on there (the Bialystock interest group) and saw what happened, I felt it was something that needed to be done,” Pete says. He learned that in June 1943, Nazis entered the cemetery to wipe out any remaining traces of the Jewish community in Bialystok and knocked over and destroyed monuments and headstones. After the war the Russians permitted looting the cemetery to use the stones for walkways, foundations and fences.

Pete reached out to the group and was asked about his experience and skills. He sent a video of his work as a volunteer with an Oregon Pioneer Cemetery Restoration Project in Polk County and his background as a land surveyor. “Within 10 minutes I got a call saying I was in,” says Pete.

A core group of about 10 volunteers return each year to work on replacing the headstones. Additionally local residents participate and a group of Israeli students clean the reset stones.

Bialystok Cemetery Restoration Project Volunteer Darren Garnick shared the video below about the grassroots effort to “right a wrong” at the Jewish cemetery in Bialystok.

Pete’s currently a volunteer with an Oregon Pioneer Cemetery Restoration project and thought he could apply his skills to the Poland project as well.

He’s an avid genealogy buff working on his family tree and he found out that one set of great-grandparents on his father’s side emigrated to the US from Bialystok in 1890.

“He doesn’t know if any ancestors are buried in the cemetery he is helping to bring back to life,” says Darren of Pete. “This will be his fourth summer honoring and restoring dignity to strangers who died more than 100 years ago.”