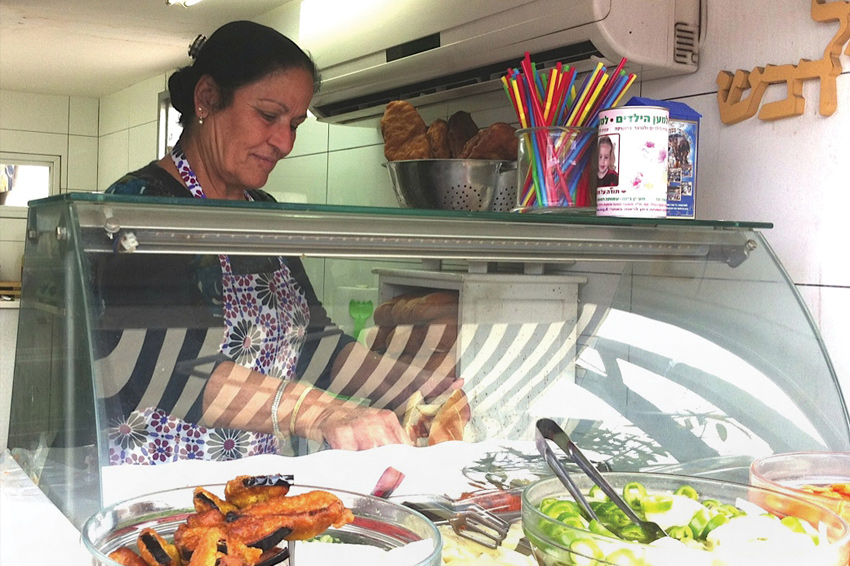 Living in Israel gives you plenty to complain about. If we’re not scolding ourselves, plenty of other countries are ready and eager to do so. And then there’s the socioeconomic gap, the aggression and rudeness, the hot-tempered egos versus the arrogant snobs. Don’t get me started!

But every so often, not too frequently but definitely once in a while, something so lovely happens that you wonder how you could possibly live anywhere else. Today one of those things happened.

I woke up on the wrong side of the bed – any side would have been wrong. Driving to Jerusalem and back the night before (from Caesarea), wearing brand new high heels, and having to stand through speeches and a musical performance – mixed in with not enough sleep – was a formula for a bad day.

I drove to IKEA to return something, and the guard rudely told me to get back in my car and move it – I couldn’t park where I was. But I didn’t understand. I had a carpet to return, so it’s not like I could schlep it in from the main entrance, and I had legally parked in one of the spots assigned to picking up and dropping off merchandise. Why the hassle? Why so rude? I ignored him and had a little chat with his supervisor.

Then I stopped in the Netanya industrial area at a factory that sews the linens for my B&B (Casa Caesarea, if you’re interested). I explained that I now had a Spa Suite and needed fitted and flat white sheets for the massage beds. Suddenly his prices were through the roof – more than I had paid for even duvet covers in the past! Can you guess what my mood was by this point?

I left his place, without an order for sheets, and realized I was hungry (I always am). Thinking that I’d rather not move my car from the factory’s driveway, I decided to check out the tiny sandwich shop on the street, squeezed in between the factory and a garage and car painting joint. Using the word shop is generous – it’s more like a glorified telephone booth. I had always seen cars driving up, people jumping out and then driving off with huge sandwiches. I wanted in.

I asked the woman running the place what she offers. Her answer was two words: “Sandwich Tunasai” – a Tunisian style hero. That means a baguette filled with tuna chunks, boiled potatoes, sliced eggs, pickles, cucumbers, preserved lemons and harissa. I went for it, minus the harissa (my Jewish New York palate still rejects spicy).

In the process of watching my sandwich get made, I chatted with this lovely woman, Simcha, who was clearly in her 60s and quite beautiful. She told me that she had been on this street for 46 years! For about 20 of them she ran a car body shop with her husband – specializing in painting cars. Then when he died, she continued running it. When her children were old enough to take over, she wasn’t ready to pack it in, so she decided to open this little sandwich place. Her sons work meters from her and she “gets out every day, meets nice people and feeds hungry folk.” What about a new man, I asked her?
“For what? Who needs one? I have children and grandchildren and even great-grandchildren.

I’m so happy, why would I need a man to complicate my life?”

I told her I admired her and thought they should name the street after her. She blessed me in that very special way that women of North African Jewish descent do. Then I asked her about the paint shop and wondered if I could buy a very small amount – like the quantity that comes in a nail polish bottle. I had unknowingly let the gates of my property close on my car, and there were two little scratches.

Simcha called her son over and told him to look at the car. She spoke quickly, but I wasn’t paying attention; I was busy trying to photograph her with my cell phone (which didn’t come out very well). I noticed that he nodded, checked it, went back to the garage and came out again, but I wasn’t sure what was happening. I assumed he was checking the paint so as to sell me the correct color.

When the sandwich was ready, so was the car. Her son had gone ahead and wiped off the dust, dabbed the spots with the right white and suddenly my scratches were gone. I was standing there with this enormous sandwich in my hand and looking at my “brand” new car.

Can it get any better than that? (Oh yeah, the sandwich was yummy.)