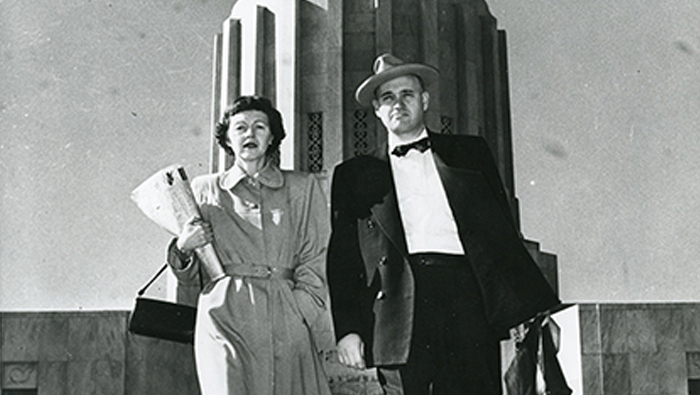 The Harrison Street mikvah was at least the third community mikvah in Portland.  According to several sources, a mikvah organization was incorporated about 1902 to serve immigrants in the South Portland neighborhood. There are no mentions in news stories or other sources of an earlier mikvah, though there may have been one.

A 1975 story in The Jewish Review, a longtime Jewish community newspaper, notes that a mikvah was established in the Duniway Park area in the South Portland neighborhood about 1902. It was later relocated to Southwest Third Avenue and Lincoln Street, where it fell victim to the urban renewal clearance project that claimed more than 50 blocks in the Jewish and Italian immigrant neighborhoods.

The late Lydia Brown, who had been president of the mikvah organization for more than 20 years, said she, her husband, Barry Brown, and other families found a house across the street from their home, and the new mikvah opened in February 1961.

“It took a lot of legal procedures,” she recalled in a letter about the mikvah’s history. “We had to get permission from the neighbors, because it was considered a public utility.”

She noted that Ruben Cohen, who served multiple terms as president of Congregation Shaarie Torah in the 1940s and 1950s, helped raise money for the mikvah. “Mr. Cohen used to tell (potential donors) that if there is a choice in a community to build a shul or a mikvah, the mikvah is more important.”

Julius and Ilona Aigner, Holocaust survivors who had come to Portland from Hungary, were the first couple to serve as the “new” mikvah’s live-in caretakers “They took great pride in their position, especially since they were both Holocaust survivors and saw our traditions being continued,” said their son, Leslie Aigner.

In about 1980, Lilian and Joseph Corcos took over as the mikvah staff, serving in that position until their retirement in 2014, when they moved to be closer to family.