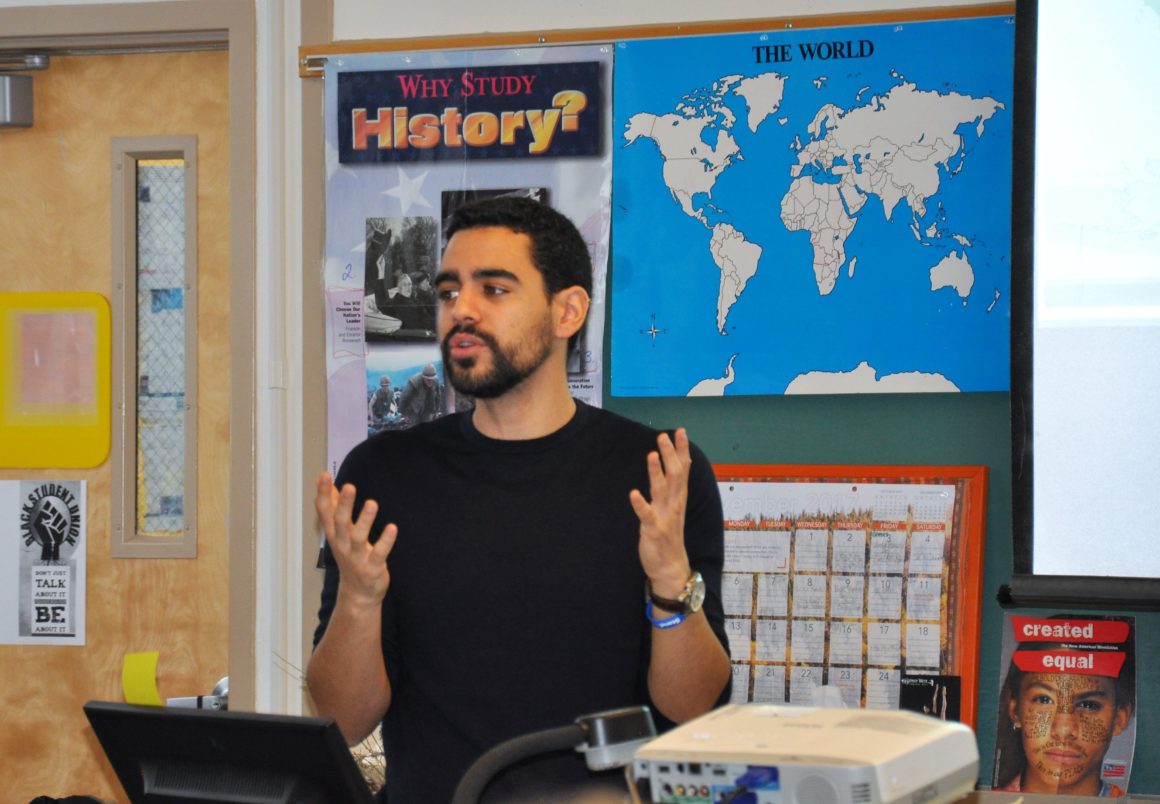 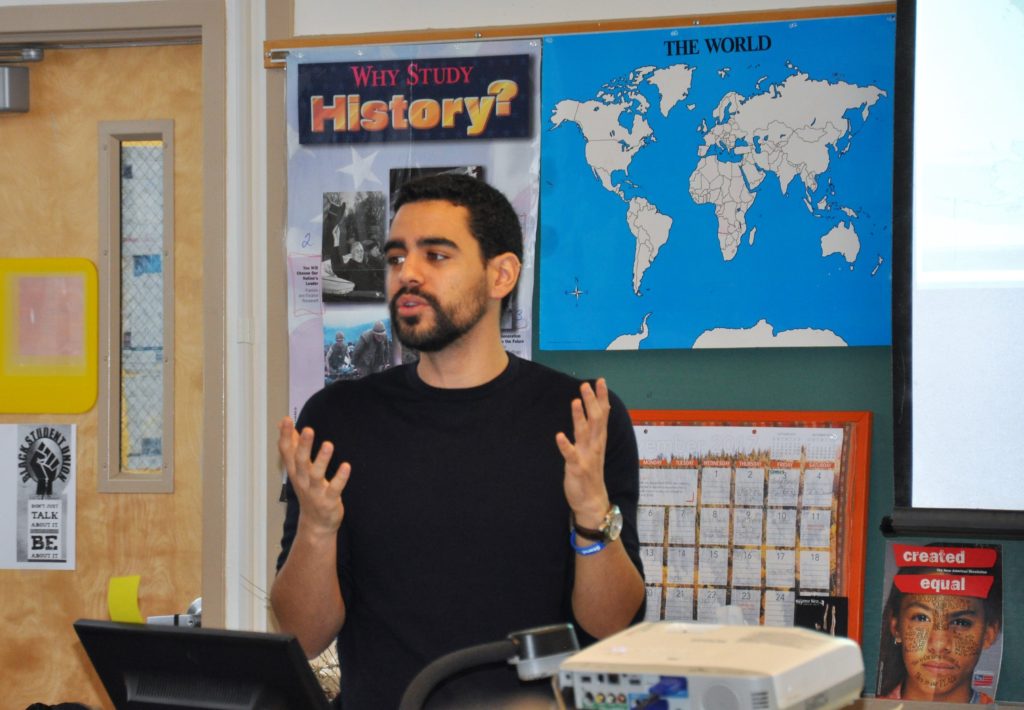 Israeli Shaliach Udi Asaraf is spending a school year in the Pacific Northwest to advance his belief that “Education is the key to peace.

Just 27 years old, Udi has served as an officer in the Israeli Defense Forces; earned degrees in chemical engineering and energy engineering; taught physics, mathematics, English and chemistry at several Israeli high schools; and worked as a legislative aide to a member of Israel’s parliament. But to fulfill his dream of a more peaceful and prosperous future in the Mideast for Israelis and Palestinians, he applied to become a shaliach (emissary) and share his experiences and knowledge with American teenagers.

Since America is a major ally of Israel, Udi wants Americans to know and understand Israelis. “The U.S. is Israel’s big brother, the U.S. has our backs,” says Udi.

As a shaliach shared by the Northwest office of StandWithUs and the Jewish Federation of Greater Portland, Udi had visited more than 50 high schools in Washington and Oregon by early December.

“At Jefferson, we have a legacy to bring in more social justice, to look at hard issues and sift through to find the truth,” says Heidi. “I’m trying to give students a lens that reaches beyond our borders. If I don’t cultivate understanding in the next generation, things won’t get better.”

Udi deftly adapted his presentation to each class. In a small class of engagedstudents, he spent more time delving into the complex issues and history of the Middle East. In a large class of students who were eager to get to lunch, he shared videos of Conan O’Brien “training” with women soldiers in Israel and answered wideranging questions on teen life in Israel.

“I was born in Israel, but we are very influenced by U.S. pop culture,” Udi told the class. “I picked up my English because of that show (he showed a slide of the “Friends” cast) and Beyoncé. So I have an idea of what America is like, but you don’t necessarily know what Israel is like.”

Students asked him about weed (marijuana isn’t criminalized in Israel, but it isn’t legal either – you won’t get arrested for smoking it, but you will for selling it); the drinking age (18, but alcohol isn’t a big deal in Israel since most kids grow up drinking wine at Shabbat dinner after the blessing); why Jews break a glass at weddings (even on the happiest day of their lives they recognize the tragedy of the destruction of the Temple); and driving (Israelis can get a driver’s license at age 17).

Udi says he always tries to adapt his talk to the audience. In a business class, he’ll talk about Israel’s kibbutz movement; in a science class, he talks about his education in chemical and energy engineering; in a Catholic school, he talks less about gay rights; in a Jewish school, he talks about core issues of the Israeli-Palestinian conflict. But in every setting, he tries to make sure the students understand Israel just a little better for having met an Israeli.He also makes sure he always shares the history of Jews in Israel and of their persecution while in exile in other countries to help the teens understand why the Jewish nation is so important.

“Jews lived in Israel for thousands of years,” he tells students.

“Then they were sent into exile and evicted from their homeland.

In the seventh century, Muhammed, a Muslim prophet and successful general, conquered all of this land.”

So 150 years ago when Jews began returning in large numbers, Arabs were living there.

In exile Jews “were not treated nicely,” says Udi. “The worst thing that happened to Jews was the Holocaust. Six million Jews died … there are fewer Jews in the world today than a hundred years ago.”

“It is important for Jews to have our own country so we can feel safe,” says Udi.

Udi says he believes that survival instinct, the feeling they were fighting for their lives, enabled 600,000 Jews to defeat millions of Arabs in the 1948 war.

When Britain proposed partitioning British Mandate Palestine into two nations – 45% for Jews and 55% for Palestinians – the Jews agreed, but the Arabs rejected the proposal. For the Jews, it was a war of independence. For the Arab countries that were defeated and for the Palestinians, who did not get a state, it was the Nakbah – a disaster.

That history has created a very complex situation with many competing stories.

“I want to plant seeds of curiosity,” says Udi. “I want them to challenge what I say. ‘Don’t be indoctrinated’ is my message.

When someone else comes, they will know how to differentiate what is true and false, what is opinion.”

Udi Asaraf, 27, is visiting high school classrooms around Oregon and Washington to talk about Israeli society, Israeli culture (music, dance, food, service in the army or education), similarities and differences in life for American and Israeli teenagers, and Israel’s relationship with its Arab neighbors, particularly the Palestinians.

Udi is in the region as the Israeli shaliach for the Jewish Federation of Greater Portland and StandWithUs Northwest.