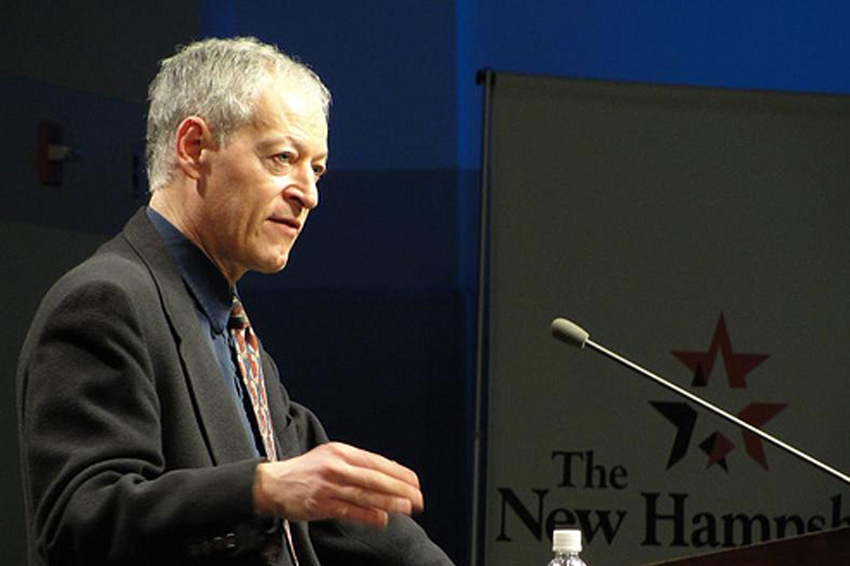 J Street Vice President of Communications Alan Elsner was in Portland May 4 to speak on “Elections, Negotiations and Iran: What’s Next for Israel?”

In a phone interview prior to his visit, Elsner said he expected the new government to be sworn in while he was in town, but negotiations lingered until May 14 (see related story page 42). His talk at the Mittleman Jewish Community Center was part of a visit to the Pacific Northwest; he was accompanied by J Street NW Regional Field Director Alex Willick. Elsner had a long career at the top ranks of American and international journalism prior to joining J Street, including serving as State Department and later White House correspondent for Reuters News Agency.

While Likud increased its seats in the Knesset, Elsner noted that most of those gains were from its previous coalition partners and that Labor also gained seats from some of its partners. “So the balance has not changed,” said Elsner.

However, while the balance between the right and the left has not changed, Elsner said the governing coalition has. “This is the first time such an ideologically right government has been in power,” he said. “In the past right wing governments had some central parties. Now he has partners I’d call ultra-nationalist and ultra-Orthodox. I think that will create a lot of problems for Israel.”

Referring to Prime Minister Benjamin Netanyahu’s opposition to a Palestinian state, he said, “Most of the world sees the two-state solution as the basis for peace with the Palestinians.”

He added that another potential move he considers dangerous is Netanyahu’s action to put the Supreme Court under political control.

“The court is part of the human fabric of Israeli society,” said Elsner, calling it a barrier protecting human dignity.

Elsner called the election complex and noted security is always a concern in Israel. “People have to make a decision on who they trust to protect them,” he said. “(Labor leader Yitzhak) Herzog didn’t have the proven track record or military background. … Netanyahu’s personal popularity is not huge, but a realistic alternative has not yet been presented.”

Elsner said the relationship should be based on five principles: shared commitment to fundamental values; ongoing security relationship; active support for a two-state solution; strong and open dialogue between Israel and the entire American Jewish community; and respect for each other’s political process.

Elsner emphasizes that J Street believes “You can be a strong supporter of Israel without having to support everything the government does.”