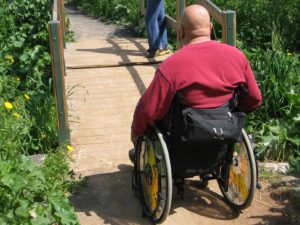 Wheelchairs, strollers, vision impairment and other disabilities are accommodated at Israeli parks

Former Israeli Air Force pilot Yuval Wagner was paralyzed in a 1987 helicopter crash. For years, his wheelchair kept him and his family from enjoying outings to Israel’s many nature parks.

But over the past 10 years, progressive legislation has pushed forward accessibility adaptations in Israel’s parks and forests, and Wagner wants everyone to know about it.

“We have friends around the world who didn’t know Israeli park accessibility is very good so they didn’t come to Israel for many years. We told them Israel is now one of the leading countries in the world for nature accessibility,” says Wagner, president of Access Israel, an advocacy and awareness nonprofit he founded in 1999. “Now they come, and they are really surprised at how good it is.” 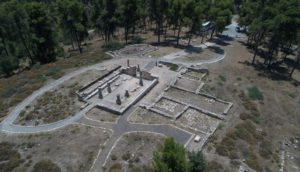 Archeological ruins are accessible to people with disabilities at Biriya Forest in Israel. Photo courtesy of KKL-JNF

Facilities for greater accessibility have been installed in approximately 70 national parks, archeological and heritage sites administered by the Israel Nature and Parks Authority (INPA) as well as in 300 forests managed by the nongovernmental Keren Kayemeth LeIsrael-Jewish National Fund (KKL-JNF).

Accessibility covers everything from parking to trails, restrooms to picnic areas. Some parks have voice signage and sensory curb markers for people with visual impairment, and adaptive playgrounds and sports facilities for people with a range of disabilities.

Some of the most ambitious adaptations took place even before the 2008 accessibility laws came into effect, says Zeev Margalit, director of conservation and development at INPA.

“The first two sites prepared for people with disabilities were Masada and Tel Dan, 20 years ago. This was very challenging but it was a great thing,” says Margalit.

The highly popular UNESCO World Heritage Site at Masada is a mountaintop fortress where legend has it that a band of Jewish rebels resisted the mighty Roman army in the first century CE and then committed mass suicide rather than be captured.

“When we finished the Masada adaptation in 2000, a group of 50 people with disabilities rode to the top in the cable car. It was very emotional; there were many tears,” Margalit reports. “One of the participants wrote me that the idea that we made it possible for them to visit Masada was, for him, equal to the legend of Masada.” 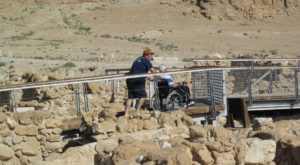 People with disabilities can enjoy a nature outing in Israel. Photo courtesy of Israel Nature and Parks Authority

These days, every new addition to an INPA site is planned in coordination with an accessibility professional, Margalit notes.

In honor of Israel’s 70th anniversary in 2018, KKL-JNF completed its multi-year plan to improve accessibility at the sites it manages.

“KKL-JNF has invested immense resources in order to make its many sites handicap accessible so people with disabilities can visit and enjoy the various forests, parks and open spaces around Israel,” says Merav Davidian, director of accessibility for KKL-JNF.

On International Day of Persons with Disabilities last December, more than 1,000 visitors with various challenges explored four KKL-JNF sites where a range of activities was organized for them: Hula Lake Park in the north, Ilanot Forest and Ben Shemen Forest in the center, and Beit Eshel in the south. 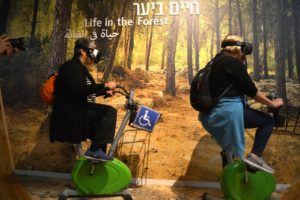 At Hula Lake Park, which received the Israel Accessibility Prize in 2016, about 400 participants were taken on an experiential tour in wagon harnessed to a tractor, giving them a close view of the birds and wildlife around the park.

“The path connecting the lookout points is handicap accessible, with ‘step hear’ columns to assist visitors with vision impairment by connecting to a bracelet on their wrist, or an app that activates the informative audio guide,” Davidian explains. These visitors also received a unique portable audio guide.

“Maybe 20 or 30 years ago, if you weren’t a good walker or you were elderly or had a baby in a stroller you just wouldn’t go on hikes,” Wagner tells ISRAEL21c.

“Today the parks are more user-friendly for everyone. You can park easily, take a short walk and have a great time. The accessibility also opened the door to families of people with disabilities. If I couldn’t go before, my whole family wouldn’t go. Now we can.” 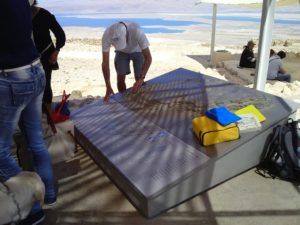 Click here for information in English on about 50 accessible KKL-JNF sites.

This article courtesy of Israel21c.org