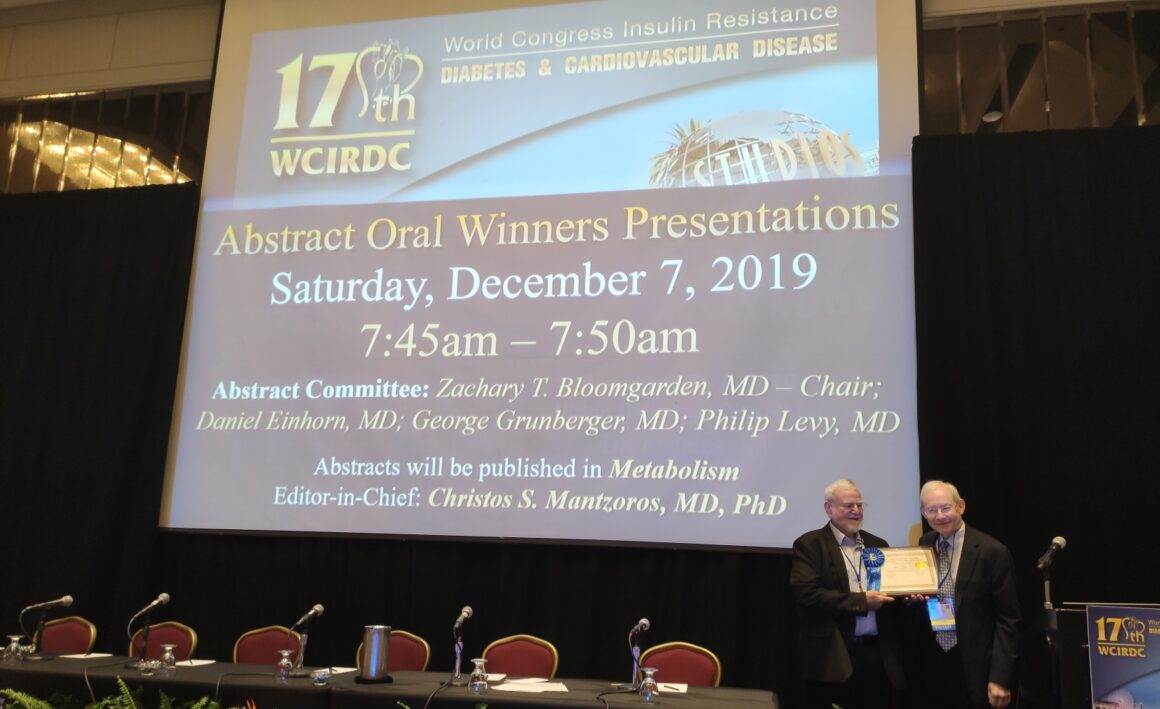 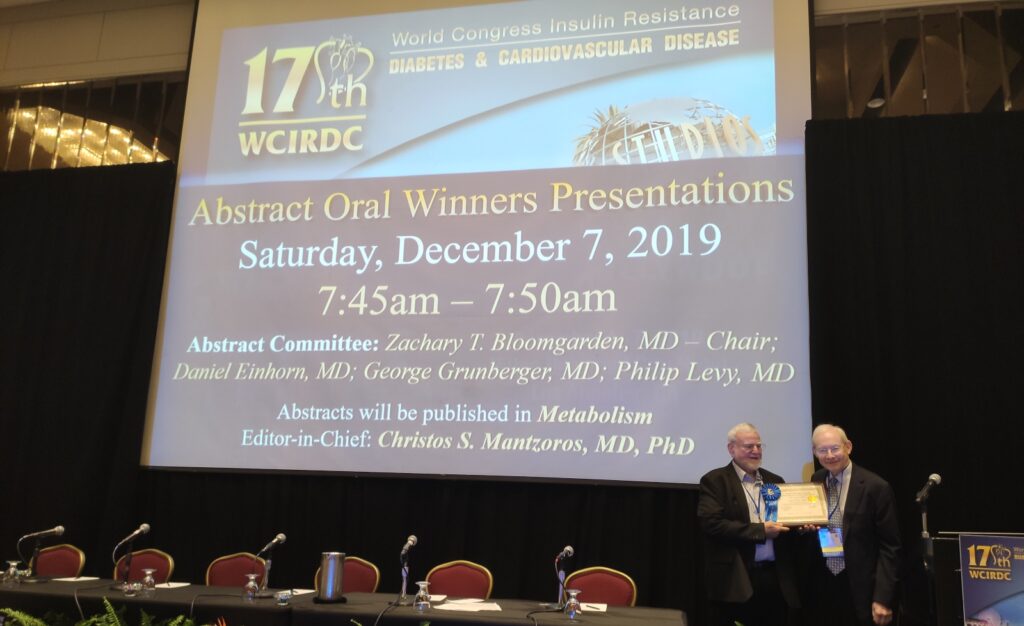 Of the 463 million people in the world with diabetes, up to 95% have type 2 (T2D). In T2D, peripheral tissues – mostly muscles – are resistant to insulin, a hormone made by the pancreas to stabilize blood-sugar levels and enable the body to use and store sugar.

Medications available today treat the symptoms and complications of T2D but do not solve the core problem of insulin resistance.

Zygosid-50, a drug under development in Israel, could be the first to restore near-normal cellular sensitivity to insulin, without side effects.

Concenter BioPharma in Jerusalem is raising funds for clinical trials approved by the FDA based on evidence from earlier testing in animal models for T2D.

“The World Congress attracts the top researchers and clinicians, who understand the problem and the limited solutions available – which aren’t really solutions at all,” says Concenter Biopharma cofounder and CEO Dror Chevion, Mottie’s son.

“To receive the award – out of 80 submitted abstracts and six chosen for presentation – is a real vote of confidence in our science and our achievements,” Dror Chevion tells ISRAEL21c. “The people sitting in that conference will be the ones prescribing our drug to patients.”

Mottie Chevion developed the nonsteroidal, anti-inflammatory Zygosid family of drugs in his lab at Hebrew University-Hadassah Medical Center in Jerusalem.

“Zygosids work by robustly reducing insulin resistance and normalizing all diabetes-associated parameters to the normal range,” says the professor. “On the molecular level, Zygosid-50 is a potent anti-inflammatory drug that forces an intra-cellular exchange – removal of ‘bad’ free iron with zinc, depositing the zinc ion within the cells.”

In 2015, some of the lab staff and their families successfully tried using Zygosid molecules topically for skin conditions including diabetic foot ulcers and psoriasis. They experienced no negative side effects.

“My father felt it was inhumane not to try to bring these drugs from the lab to patients. He asked me to join him and take this initiative forward,” says Dror Chevion.

1 in 3 people has diabetes or prediabetes

Concenter’s U.S. regulatory consultant, Dr. Susan Alpert, arranged meetings with the FDA in 2017 and 2018 to help determine which indication to focus on. The conclusion was to start with T2D and conduct clinical phase 1 and phase 2a trials in Israel while finalizing a pill formulation and completing preclinical toxicity studies.

“One in three people in the world is diabetic or prediabetic,” says Dror Chevion. “The number is expected to reach 700 million by 2045. In the United States, 31 million people suffer from diabetes and 90 million are prediabetic. And the age of people contracting type 2 diabetes is getting younger and younger.”

The FDA responded to Concenter’s investigational new drug (IND) application with a request for additional preclinical toxicity studies and more information on the drug’s manufacturing process.

“This is a great achievement for a small company,” notes Dror Chevion.

“We are working on accommodating those requests and making the final formulation of the drug as a pill. We plan to perform clinical studies here in Israel. Then we will submit another IND application to go to phase 2b, by the end of 2020. We are currently raising funds to do all of that.”

Concenter was self-funded until six months ago. The company will launch a $5 million round for its T2D activities during 2020.

“Diabetes is a global epidemic and is expected to grow,” says Dror Chevion. “The estimated cost of treating diabetes per year is over $850 billion. More than 150 companies are developing diagnostics or applications for diabetes, but there are no drugs to treat the actual problem of insulin resistance without side effects. This is what we are doing.”

This article is courtesy of ISRAEL21c.