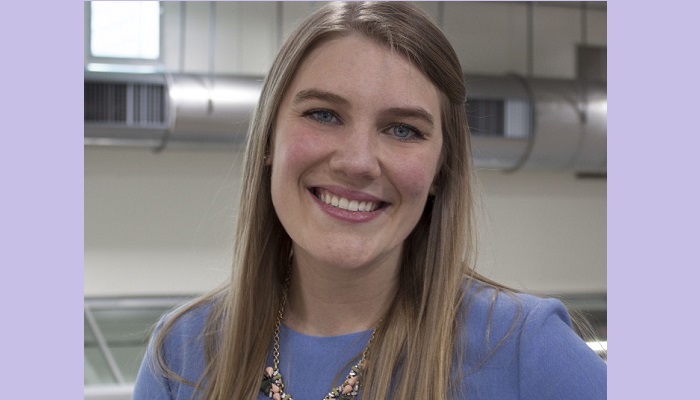 Elaura Rifkin Gerber, 28, believes everyone can be a philanthropist.

“Organizations need both time and money,” says Elaura. “I was taught that even if you don’t have anything to financially contribute, you can always donate your time. In this way, I truly believe that everyone has the ability to become a philanthropist in their own community.”

Elaura grew up in Vancouver, WA, and went to the University of Oregon for her undergraduate degree. She moved to Washington, D.C., for grad school and stayed for about five years. Two years ago, Elaura and her husband, Dan, moved to Portland.

“When we first moved back to Portland, we were looking for ways to get involved in the Jewish community,” says Elaura. “The landscape in Portland had changed quite a bit since I had lived in Portland last. A friend from college, Sara Epstein, was chairing the OJCF Giving Council, and it sounded like a great opportunity! It was a really nice way to meet other young professionals who cared about supporting our community.”

The Oregon Jewish Community Foundation Giving Council was launched in 2015. Since then, three cohorts of young professionals ranging in age from 22 to 40 have spent about nine months together to connect, engage in philanthropy and make grants. Each participant makes a tax-deductible contribution of $500, which the cohort uses to make grants. The council is part of a growing movement in giving circles – grassroots groups whose members pool resources to have significant charitable impact in their communities. Members attend monthly group meetings and explore what it means to give through a Jewish lens and to make grants that help solve problems in Oregon’s Jewish and broader communities.

Elaura and Dan participated in the second and third cohort.

Elaura especially likes the council’s emphasis on empowering individual donors to have significant charitable impact in their communities, even if they are not wealthy. Pooled giving enables giving circles to multiply the impact of their giving. “Oftentimes, when you think of someone who is ‘a philanthropist,’ it sounds like a club exclusively for people who are wealthy and established,” she says.

Elaura now serves on the OJCF Board of Trustees. She and Dan are members of Congregation Neveh Shalom. The couple live in Southeast Portland.

“My husband, Dan, and I make decisions together when it comes to larger gifts,” says Elaura. “We each have causes that we’re passionate about. He really values education and growing the Southeast Jewish community, while I am drawn to smaller, direct-service organizations that focus on creating opportunities for underserved children and supporting the elderly in our community.”

Participating in the giving council and on the OJCF board has given Elaura a firsthand look at Jewish and secular agencies in the community.

“I really believe in the saying ‘when you know better, you do better,’ ” says Elaura. “Once you see an organization in need, it’s hard to turn a blind eye. Sometimes all an organization needs is a small gift to help get them off the ground. Seeing an organization grow their programs to better serve more people is the best motivation.”