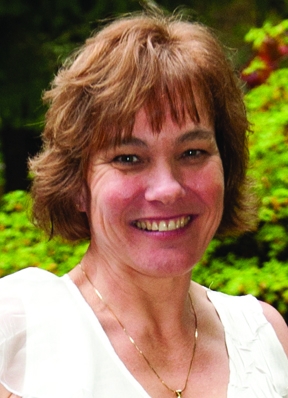 Thanks to all of you who took the time to write and tell us what you liked about the inaugural issue of Oregon Jewish Life and what other things you’d like to see.

We were overwhelmed by emails and phone calls congratulating us on our first issue (some of those comments are excerpted at right). I was delighted to hear Mazel Tov from old friends and have readers I’ve never met tell me we’d hit a home run.

Of course, not everyone was totally satisfied. One caller asked if we could include current news items; I don’t believe a monthly magazine can effectively deliver current events to readers accustomed to the immediacy of the internet and broadcast news. We do look at news, of course, for inspiration for our in-depth features.
I also heard from people outside of the Portland area who want to be sure they are included in Oregon Jewish Life. We certainly want to be inclusive. I need readers in other communities to let me know what issues your community is facing, what developments you are celebrating and who there makes a difference.

I would say more than 95% of the feedback has been overwhelmingly positive.

Please keep your comments coming – both letters to the editor for publication and ideas of what else you want to read.

I’m also interested in talking to people who plan to spend Passover in Israel, whether for the first time or the tenth. Please drop me a line at editor@ojlife.com.

I enjoyed your first issue very much. Regarding your article “Holocaust Films Evolve” which is a review of the movie “In Darkness,” I’d like to bring the story closer to home. Two of the 14 survivors of the sewer were Seattle Rebbitzin Celia Benzaquen’s parents Mundek and Klara. They visited the Pacific Northwest numerous times. Also, people might like to know that the non-Jewish sewer worker who helped them, Leopold Socha, was killed in a car accident in 1946. In the words of Rebbitzin Genzaquen, “From the sewers of Lvov to an Oscar in Hollywood, who could have ever imagined it.”
Sue Benyowitz, Los Angeles

We would like you to know that we recently received your first issue of the Oregon Jewish Life magazine and were so pleased with the entire issue. We especially appreciated the great article you put in regarding Selma and I growing up in Old South Portland. We wish you the very best luck in all your future issues and look forward to receiving them. A special thanks to Deborah Moon for all that she has done for us. Thank you once again.
Selma & Bernard Brown, Salem

• I just read the inaugural issue and thoroughly enjoyed it. I like the way it is both a general-interest magazine and distinctly Jewish at the same time,
and loved that you chose to focus on the arts and the environment for the
first issue.
• Congratulations on a beautiful first edition of OJ LIfe. Splendid job!!
• Congratulations on the wonderful magazine start. The community is grateful.
• Oregon Jewish Life was such a wonderful read! The articles were interesting, the setup was readable, the color beautiful.
• I was at first worried when the federation paper closed down; wasn’t quite sure of the plan for the magazine. If the first issue is indicative of the future this magazine is going to be a knock out.
• You guys rock!
• I have to say, the magazine looks great. The nice thing is, it does not look like a “start-up.” It appears as a magazine that has been polished for a while. Great layouts, great images and tons of ads, the critical element that most “launch” issues lack.