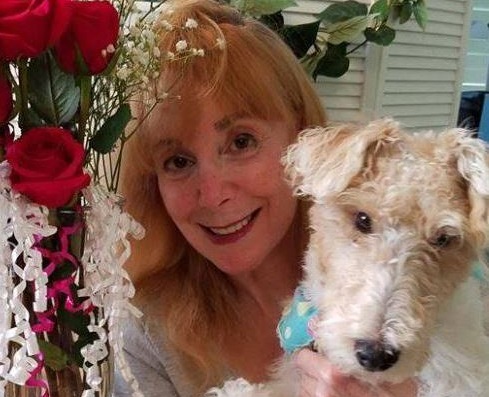 Debbie Aharoni, 65, moved from Las Vegas to Eugene last July in search of new adventures in an educated, liberal community close to nature and affordable on a teacher’s retirement.

Her quest for new experiences prompted her to enter a pageant for fun, and now she is the first Jewish senior to be Ms. Senior Eugene/Lane County USA. On Sept. 9 she will compete for the state title; if she wins that, she will compete as Ms. Senior Oregon at the national pageant held in Las Vegas in June 2019.

Ms. Senior America is a national nonprofit that celebrates the lives of women who have reached the “age of elegance” of 60 and older. The senior pageant doesn’t have a swimsuit competition, but contestants do need a talent, accomplishment and platform.

Her talent is playing piano and her accomplishment is having taught elementary school children for 42 years and “helping the future of this country develop and grow.”

A member of Eugene’s Temple Beth Israel and a former Jewish day school teacher, Debbie says her platform of No Place for Hate is deeply rooted in Jewish values of tolerance and welcoming the stranger. No Place for Hate is a program created by the Anti-Defamation League to promote inclusion in schools. For Debbie, the concept extends to all areas of society.

“I want to educate people that all of us should have the same rights,” says Debbie of her platform. “I want all people to feel part of things and not feel rejected.”

Debbie also wants to encourage other seniors to take a chance and try something new.
“Bucket lists are not just about travels, they are about new experiences,” she says. “Everyone can afford a new experience. Learn to ride a horse, take a cooking class, enter a pageant – you are having experiences. An experience can be learning something and meeting new people.”

“When I came to Eugene, I wanted to become part of this community,” says Debbie, noting the kindness of people in Eugene is a perk she had not expected when she decided to move here.

She says the pageant helped her reach several goals – she had a new experience, she met many new people and now she has a stage to share her message.

Debbie believes good health requires a positive attitude and a focus on the mind, body and spirit. She enjoys activities that engage her mind, such as doing crossword puzzles and watching “Jeopardy.” A former water aerobics instructor, she now is “in the pool taking the class.” She also walks regularly with her dog, Max III (his Hebrew name is Moshe Matan Aharoni). Like Max I and Max II, the English wire-haired terrier is a trained comfort dog. Debbie and Max visit senior homes and senior centers.

Though she has no biological children or grandchildren, Debbie has befriended an 8-year-old neighbor whose grandparents live far away. She encourages other seniors to consider being there for a local child.

While she lived in Las Vegas, Debbie also spent eight years on the strip during conventions as an onstage spokesmodel for services and products. She says the pageant state director has told her that convention stage experience will help her stand out at this fall’s state contest.

She is looking forward to another adventure and being able to share her messages of tolerance and the need for new experiences with a wider audience.