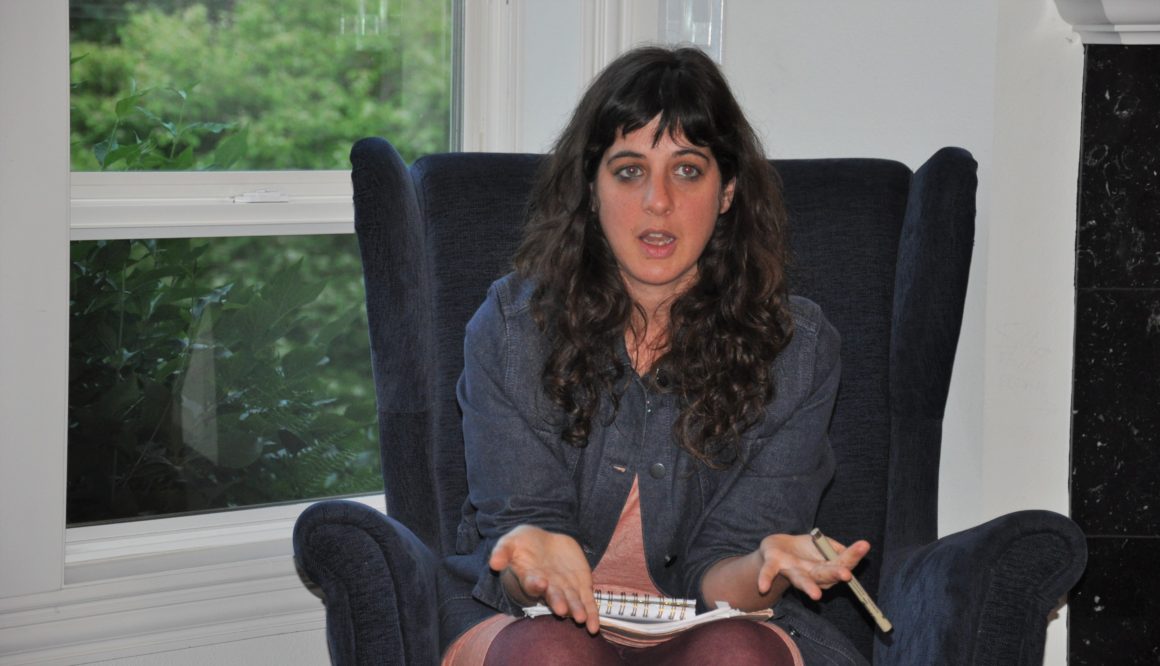 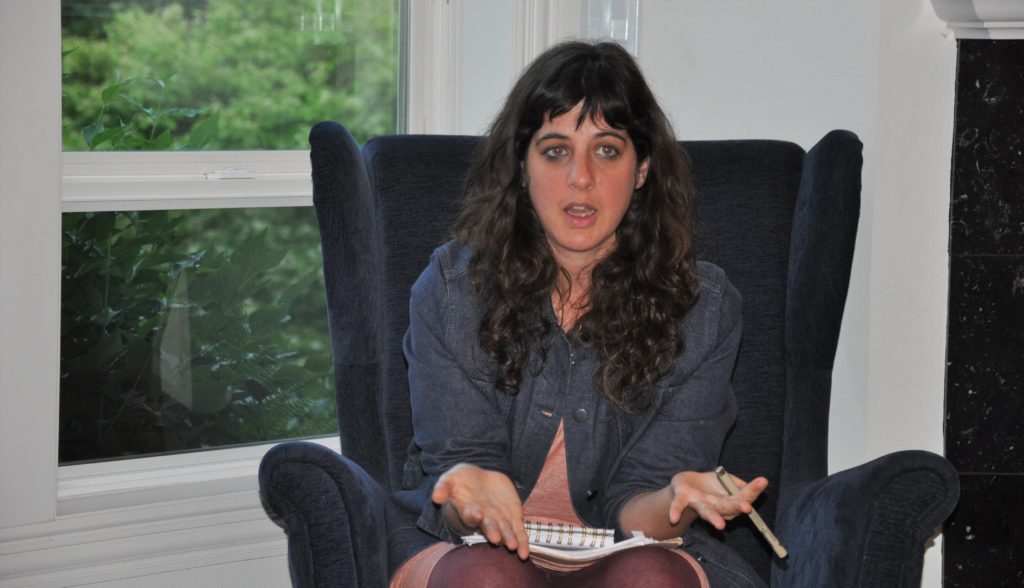 A suicide letter moved activist, midwife and poet Marva Zohar to found a nonprofit to create a healing place for women.

“When the seventh friend committed suicide, she left a letter … (blaming) ‘those who did not create a place for me to heal,’” says Marva. “The next day I got the paperwork to start a not-for-profit.”

All seven Israeli women, like Marva, were suffering from the trauma of sexual violence.

So Marva founded OLEHA, whose first project will be “Land Where Women Heal,” a rehabilitation village for women suffering from trauma due to sexual violence.

Marva is currently on a coast-to-coast North American tour on the heels of successful fund-raising trips in Israel and Europe that has raised a quarter-million dollars to support her dream. 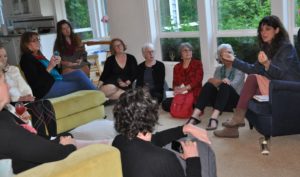 The Portland event was a reunion for Marva with the host of the event, Hermine Hayes-Klein. The two women met in 2012 when Marva attended the first Human Rights in Childbirth conference at The Hague – a conference Hermine organized. About 15 women participated in the Portland gathering including midwives, doulas, a naturopath, artists and Jewish activists.

Marva envisions a place where traumatized women can live and heal for free in a setting near “the healing power of nature.” Evidence-based trauma care will be provided by practitioners who have the tools and training to help women heal through art, music and other healing modalities.

Marva has been offered property near a kibbutz and a nature reserve in northern Israel. She hopes to raise $1 million to build the village and train staff. More fundraising will be needed to run the pilot program for the first year. Ultimately she believes the village can be self-sustaining. In addition to the treatment services, the village will also provide income-generating activities at a retreat center using the village’s healing resources such as a spa, mikvah, massage and arts programs.

“In the initial phase of recovery, it is important to focus on our feelings,” says Marva. “But as women recover, they may start to take on more and help with the farm, library, kitchen, etcetera.”

Her greatest regret is that the village will not be able to accommodate all the women who need to heal.
“But we have to start somewhere, and once there is an answer to a need, it is replicated,” she says.

She believes the time and place are both favorable to launch such.

The #MeToo movement has raised awareness of the extensive victimization of women, now Marva hopes to “piggyback on that to talk about what we need to survive and heal.”

She also believes people pay attention to innovations from Israel. She says that starting a healing village in the Start-up Nation could launch “a whole revolution in mental health” around issues of trauma.

Since arriving in the United States in April, she has a new sense of urgency.

“The day I landed in Atlanta, I got a call another friend committed suicide,” says Marva. “It’s a race against the clock to bring income and support to make it happen.”

'Creating a place to heal' has no comments