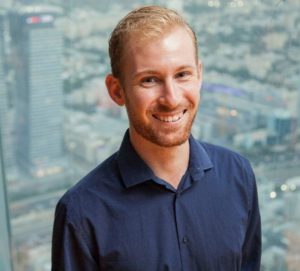 Eitan Teiger is the new Israeli shaliach for the Jewish Federation of Greater Portland and StandWithUs Northwest. He arrived in November and will be in the region through August.

Eitan visits high school classrooms around Oregon and Washington to talk about Israeli society, Israeli culture (music, dance, food, service in the army or education), similarities and differences in life for American and Israeli teenagers, and Israel’s relationship with its Arab neighbors, particularly the Palestinians.

SWU provides historical facts and context in a fair and unbiased manner. Through speakers and materials, SWU helps people understand the complex issues facing Israel and its neighbors.

Eitan, 26, was born and raised in Herzliya, a suburb of Tel Aviv. When he was a teenager, his family moved to a town in the Galilee, which is also home to Arab, Bedouin and Druze communities.

The grandson of a Holocaust survivor, Eitan volunteered for “Zikaron BaSalon” (Remembering in the Living Room) after completing mandatory military service. The organization provides Holocaust survivors a living room space to share their personal stories with the next generation.

While earning his bachelor’s degree in government, diplomacy and strategy, Eitan interned for an organization that builds bridges between secular and religious students, and then interned for a member of the Knesset. 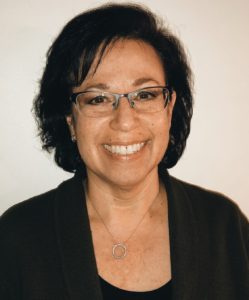 Processed with VSCO with a6 preset

“Marla is a California native with years of successful development experience, and we look forward to her leadership of the museum’s Western region,” says Jordan E. Tannenbaum, the museum’s chief development officer. “Her passion for Holocaust education will help the museum fulfill its mission of ensuring the permanence of Holocaust memory so future generations remember the victims of this watershed moment in human history and understand its implications for today.”

Abraham was previously regional director of development at American Jewish Committee-Los Angeles since 2013. Prior to AJC, she was senior vice president, endowment planning and strategic philanthropy, at the Jewish Federation of Greater Los Angeles. She is a published researcher, scholar and author as well as a facilitator and consultant for the Central Conference of American Rabbis, Partnership for Excellence in Jewish Education, Jewish Federations of North America and Hillel International.