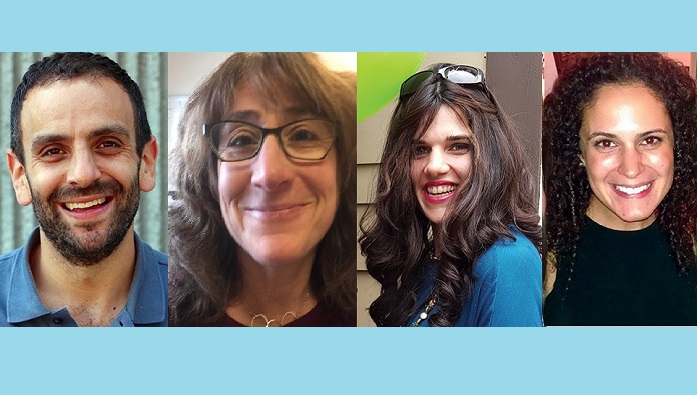 Duitch hired to lead Solomon Schechter
On Dec. 1 Zach Duitch became the new executive director of Camp Solomon Schechter, a Pacific Northwest Jewish camp near Olympia, WA, founded in 1954 by Rabbi Joshua Stampfer. Zach succeeds Sam Perlin, who served as executive director for 10 years.
Zach’s extensive foundation in Jewish camping began at Schechter. He spent seven summers as a camper, one as counselor-in-training and seven as a summer staff member (culminating as the assistant summer director).
He has spent the past 17 years at the Stroum Jewish Community Center, beginning as a youth counselor in the after-school program and rising to director of data insights and security management. His leadership of the JCC’s summer day camp program increased attendance from 300 to more than 1,200 campers this summer. When he was director of programs and services, he engaged more than 3,000 community members per year through innovative and creative programming and helped transform the center’s dormant health and fitness program into a thriving business center. Schechter and the SJCC look forward to finding new and creative ways to partner.
A news release announcing the appointment noted that Zach is already developing his vision for the camp’s future with innovative programming, strategic thinking, and an eye on growth and new opportunities.
“I’m really coming back home to Camp Solomon Schechter, a place where my Jewish identity and the values that guide me each day were formed,” says Zach. “I’ll work to make sure that Schechter continues to be a place where every camper will build self-confidence (and) be courageous, curious and creative in an all-inclusive, nurturing environment. … Schechter needs to be a place where campers feel safe, celebrate diversity and build a community of friends.”
campschechter.org

Mikvah Shoshana director
tapped for fellowship
Mikvah Shoshana Director Simi Mishulovin has been nominated to participate in Mikvah.org’s first cadre of certified Taharat Hamishpacha trainers and women’s mikvah specialists.
The intensive training is focused on empowering directors of women’s mikvaot to serve as a resource for mikvah, women’s health, fertility-related challenges, marriage counseling and identifying abuse.
Mikvah Shoshana-Portland’s Women’s Mikvah serves women in a sensitive fashion that enhances the meaning of mikvah. It enables each woman to discover the spiritual mystery in this life-fulfilling mitzvah in a tranquil and supportive setting. It is located at 6612 SW Capitol Hwy. in Portland.
At its conference, Mikvah.org recognized the unique outreach and educational efforts Mikvah Shoshana has brought to Portland’s community and showcased it as a model for others to learn from.
Simi@ChabadOregon.com | PortlandWomensMikvah.com | 503-309-4185

Robin Kamerling joins staff of
B’nai B’rith Camp
Robin Kamerling has been hired as development manager of B’nai B’rith Camp. As part of the development team, she will be responsible for supporting and executing fundraising strategies.
Robin was born and raised in Chicago and moved out West with her dog about 1995. After a brief stint as a French teacher in Seattle, she settled in a small rural community in the foothills of the North Cascades called The Methow Valley, known for its ski trails and many recreational opportunities. When her daughter turned 15, they decided to move to Portland. Robin took a job in advertising at Portland Monthly and moved into nonprofit fundraising with the completion of the Willamette Valley Development Officer’s Certification program in June of 2017.
Having attended Camp CHI outside of Chicago as a child, she knows the many wonderful benefits of Jewish camp. When Robin is not working, she is usually out in nature or planning to visit her daughter, Eliza, who now attends college in New York City.
bbcamp.org

MJCC hires Abbie Barash
as program associate
Abbie Barash is the new program associate at the Mittleman Jewish Community Center. She will be handling logistical support for MJCC
programs and events.
Originally from St. Louis, MO, Abbie Barash has always been extremely involved in the Jewish community. She spent much of her youth and young adulthood active in BBYO and Camp Sabra.
After high school, she attended the University of Redlands where she pursued a BA in religious studies. Her passion for engaging in religious and inter-religious cooperation grew as she spent the next three years studying at the Claremont School of Theology where she obtained a master of divinity in interfaith chaplaincy. Abbie moved to the Pacific Northwest in 2015 where she spent a year in Tacoma as a hospital chaplain resident. She now lives in the Portland area.
Besides contributing toward cultural and arts programming through the J, Abbie also works part time teaching yoga, children’s soccer and snowboarding on Mt. Hood.
oregonjcc.org

Biz Ins & Outs submissions
Oregon Jewish Life welcomes submissions of news items for our Business Ins & Outs column. Please submit a brief writeup (up to 200 words), contact information (phone, email and/or website) and a photo of the person or product (attached jpg at largest available size). Submissions should be sent to Editor-in-Chief Deborah Moon at deborah.moon@ojlife.com by the 10th of the month for inclusion in the next month’s issue.