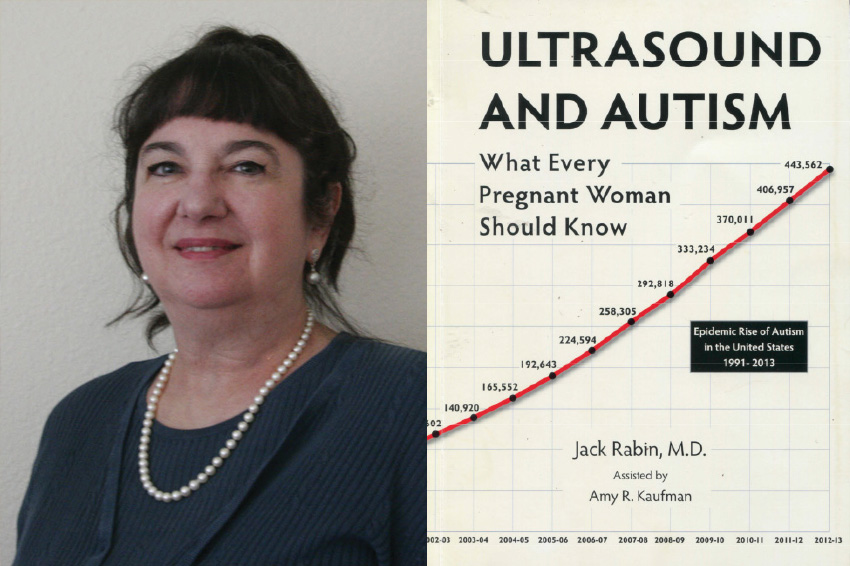 Released just as this winter’s measles epidemic refueled discussion of the public health risks created by the now-retracted British study that linked autism to childhood vaccines, a new book has come out with another theory to explain the autism epidemic.

Ultrasound and Autism: What Every Pregnant Woman Should Know, by Jack Rabin, M.D., with Amy Kaufman, was published in February as the first book by new Portland publishing company Medical Discourse.

The autism epidemic is a public health crisis that now affects 1 in 50 U.S. children, according to the U.S. Centers for Disease Control and Prevention. The number of autistic students ages 6-21 enrolled in a government special education program increased from 5,415 in 1991 to 443,562 in 2013, according to U.S. Department of Education statistics.

The new book purports to prove prenatal ultrasounds cause autism. And while its authors quote from numerous papers regarding the safety of ultrasound imaging of fetuses, it seems a stretch to call it proof that it has caused the epidemic. However, it does offer a valid warning to parents that the ultrasound should be used for medical purposes, not to create a “keepsake video.”

A member of Congregation Kesser Israel, Amy Kaufman is a Portland journalist and independent book editor who has known Dr. Rubin most of her life, since he was a colleague of Amy’s father, a retired neurosurgeon. Dr. Rubin is a longtime supporter of the Dr. Israel Goldstein Youth Village in Jerusalem and is active in the Jewish Federation of Greater Long Beach and West Orange County (CA).

“There has been a rapid increase in the use of diagnostic ultrasound in obstetrics since its introduction in the late 1950s,” Abramowicz wrote in a 2008 article (iame.com/online/bioeffects_of_obstetric_ultrasound/content.php). He attributes the increase in part to “immediate availability of results, relative low cost, when compared to other imaging modalities and, especially, assumed complete safety.”

Noting there is a marked lack of knowledge on effects of ultrasound in tissues being examined, Abramowicz concludes, “While it seems evident that DUS does not cause major structural/anatomic anomalies in the fetuses being scanned, more subtle effects cannot completely be ruled out. … scanning should be performed only with a valid medical indication.”

Kaufman says that that is her hope in co-authoring the book. “We hope it will discourage unnecessary ultrasounds and will enable women and families to make informed decisions.”

The book is available for $19.95 from medicaldiscourse@comcast.net.