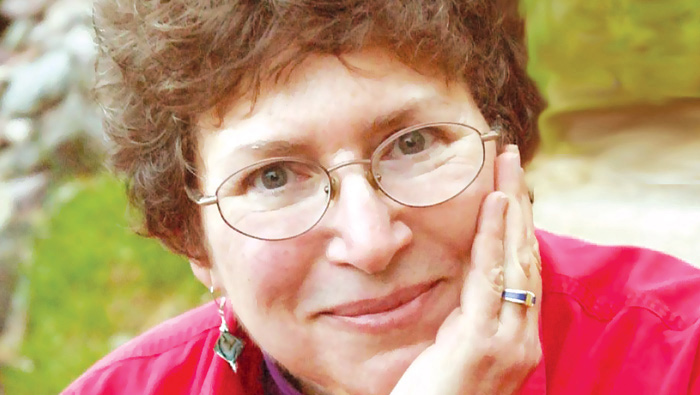 How can a Jew possibly consider voting for a bombastic, anti-Semitic bigot? Any candidate who demonizes people by religion or ethnicity should feel scarily familiar. I’m terrified that someone I’ve shared meals and conversation with could say so casually, “They’re both the same, and I like that he’s not a politico.” I’m not a blind follower of any party. I consider all the possibilities in each election. Yes “the lesser of two evils” is a lousy decision-making tool. But I deeply believe our choice now is between true evil and politics as usual. By “evil” I mean fascist, racist, misogynistic, war-mongering, egotistical, unbalanced, narcissistic. He Who Shall Not Be Named shouldn’t be within a dozen miles of the nuclear codes. I’ve been horrified while the media was so easily manipulated and gave this anti-Semitic buffoon a pass. I have as many concerns as anyone about career politicians. But this choice is stark and obvious, especially for Jews, who should simply know better where this all ends. My family lost big branches in World War II. What can I say to people who are sitting this one out or think the options are equal?

You’re preaching to the choir, but we’re all going to have to keep doing that, loudly, clearly and often, until the polls close in November. One of my favorite social media postings this season is this: “If you ever wondered how you’d have acted in 1930s’ Germany, here’s your chance to find out.” My parents escaped the Reich by the skin of their teeth, leaving everything behind. Were they farsighted, lucky or both? The parallels are clear and written in large capital letters. By me, anyone immune to seeing them is either a fool or has values very different than mine. None of us can remain silent. The risks are too great.

In 2016 America, we have a system that, however flawed, still allows most people the right to vote. Every one of us who is able has a responsibility to do so, and to keep America from committing socio-political suicide. This may be the year of the Angry Voter. But get angry at the right things and speak to anyone who will listen. Arm yourself with facts and talking points. Educate anyone in your periphery and ask them to pay it forward. Volunteer. Get as many like-minded people as you can find to do the same. Vote and make sure everyone you know does the same.

My father died 10 months ago. I’ve spent the time since doing lots of mourning and crying, saying Kaddish and helping my frail mother. I’ve also had to cope with a disgruntled sibling who’s done everything imaginable to make my life, my mother’s life and the lives of my sibs unnecessarily more difficult. Whatever is appropriate, he’s Mr. I’m Against It: negative, angry, demanding, self-centered and greedy. The unveiling coincides with the High Holidays. Can you help me focus on forgiveness when what I really want to do is give him an attitude readjustment, preferably with the pointy end of a sharp stick?

One of the benefits of an annual time of forgiveness is to reset the emotional clock from exactly such hassles. Nothing can erase a lifetime of familial stresses or make the grieving of a beloved parent any less painful. But doing the sort of t’shuvah that the High Holidays are all about can be a deep and powerful time of cleansing. It’ll help you and maybe him.

Ask your brother to pray together for family healing. Make a special time during the unveiling get-together for all the sibs to share what they love and value about the family, with only one rule: no negativity. Everything must be expressed as a positive. Take notes and share them afterward. Tell him that after the unveiling you will simply no longer listen to his anger. It’s past time for such embitterment. Bury it. Then hug him and move on.

A resident of Eugene since 1981, Helen is a member of Temple Beth Israel, where she studies and speaks on Torah. She claims to have black belts in schmoozing, problem solving, and chutzpah. She’s a writer and an artist (kabbalahglass.com). Please email your questions to helen@yourjewishfairygodmother.com