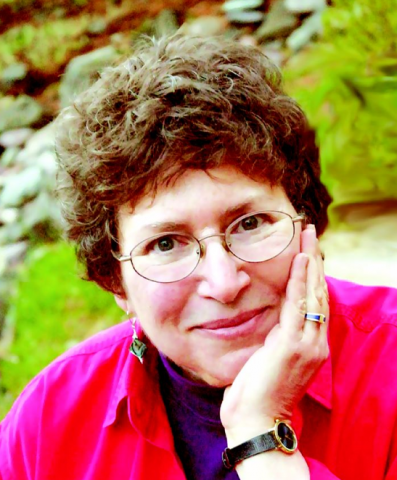 Do I give a bride-to-be the pink slip before or after the wedding?

Dear Helen:
I need to do a round of layoffs ASAP because of corporate budget cuts. My saddest problem is a young woman who’s getting married in two months, but whose job is on the chopping block. She’s been planning her wedding for a year. Her fiancé is a nice guy we all like. Should I tell her the bad news now (blackening her wedding and honeymoon joy) or should I wait? My women friends are evenly divided in their opinion.
Hate This

Dear Hate This:
It takes a truly mean-spirited person to enjoy layoffs, and an even meaner meanie to ruin someone’s wedding bliss. As much as I’d love to insulate her innocence, it’s generally better to learn bad financial news sooner than later.

I’m assuming, BTW, that there’s no option for her to keep her job. If you have any elbowroom, even for several months, something might change. But if you truly have no choice or time, they need to be forewarned. It’s simply too easy to splurge on any vacation, let alone a honeymoon. You’ll be tempted to sit down with both of them when you drop the news. But she’s the employee, not him. So if it’s a sure thing, get the telling over. Give her time to mourn and then recover. Stress she’s on a callback list, that she’s eligible for unemployment, that you’ll help her network, that you’ll give her a strong reference, and that if anything changes she is high on your speed dial list for a callback. Organize a nice gift from the department. But don’t let your squeamish stomach make things any worse or more dramatic than they’ll be anyhow.

For the record, firing someone you like is only marginally harder than letting go of a bad employee, unless that person is truly a bad influence in the office. The responsibility for people’s futures deserves the soul-searching you’re giving it. But once the decision is made and irrevocable, you owe her the truth now, so she can move on with her life.

Dear Helen:
My problem is at the intersection of my social and spiritual lives. I’m single, and without family closer than a plane ride. The people I often see socially throw a great Seder – if your priorities are familiar faces, a Martha-Stewart class table and the best chopped liver on the planet. But the Haggadah reading often feels like a race to dinner. My other option is people I know from services. The Haggadah is an eclectic cut-and-paste Xerox; the people a mix of folks I like, plus invited strays, of whom I’m hoping to be one. It’s a long and intricate service that feels more like the beloved Passovers of my childhood. I have an invitation to the first, but need to ask for a seat at the second. Now what?

Dear Only One:
Your problem’s much easier than choosing between feuding relatives, or possessive in-laws. In those cases you’ll usually have to alternate venues or host your own. Neither choice is without peril; each will almost always result in hours of time explaining your decision to hurt/PO-ed relations plus their emissaries and advocates. But either is harder than a choice between better goods, not lesser evils.

Part of the answer is sequencing. Secure a seat at the spiritual Seder before you turn down your friend’s. If it’s already full, there may be others who’d seat you at a longer Seder, especially if you said, I’m looking for an old-fashioned religious Seder. I’m a great cook and can bring xyz. Also, many shuls have a matching system for “strays.” This holiday is about community, and it sounds like a great time to expand your circle. Once you know where you’re going, talk to your friend. Be sure to compliment her hostessing sensibilities. But explain that at Pesach you’re drawn more to the ritual than to food and friends. Be clear that you always enjoy sharing time with her and the others, but that your heart is outranking your gut.

Readers: If I could spend one day with my own deceased mother, I’d spend it in the kitchen, cooking and talking. Her chopped liver was the best! She died in 2000 with a head full of recipes, never written down and probably never made the same way twice. A holiday wish to any reader lucky enough to be able to do so: Harvest your favorites plus every family story you can coax out of your mother or other elders on every holiday or other special time you can share in the kitchen. You’ll be very thankful you did as the years progress.

A resident of Eugene since 1981, Helen is a member of Temple Beth Israel, where she studies and speaks on Torah. She claims to have black belts in schmoozing, problem-solving and chutzpah. She’s a writer and an artist (www.kabbalahglass.com). Please email your questions to helen@yourjewishfairygodmother.com.