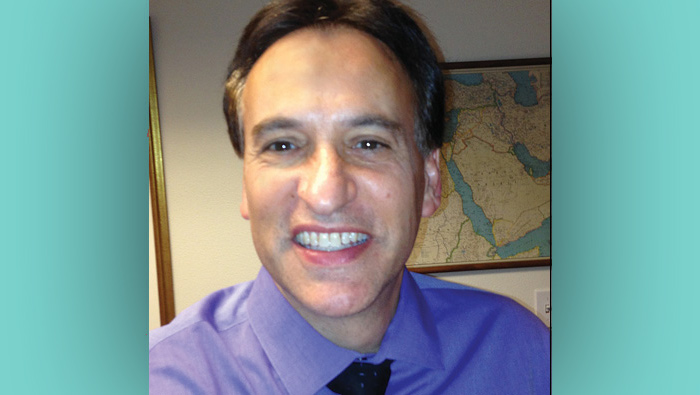 This past October, anti-Semitism reared its ugly head in my hometown. First, the Portland Human Rights Commission, an independent body appointed by the city council, endorsed a petition from the local Boycott, Divestment and Sanctions coalition calling on the city government to divest from four U.S. companies “due to their serious human rights violations in the ongoing illegal and brutal Israeli occupation of Palestinian land.” A week later, a swastika was spray-painted on the side of one of our Sephardic synagogues, possibly by white supremecists.

To be sure, the two incidents, though unrelated, are symptoms of the same disease. Both the BDS movement, which seeks to delegitimize Israel and demonize its supporters, and the white supremacist movement, which gets its thrills from vandalizing Jewish houses of worship, are repugnant. Both are in the business of spreading anti-Semitism and hate.

And yet, there’s a major difference, which makes one much more worrisome than the other. The anti-Semitism of the BDS movement is of a deeply insidious nature and thus more dangerous than the old-fashioned, undisguised Jew hatred of white supremacists. It could, if unimpeded, become a serious threat to the well-being and security of Jews in the United Sates.

This isn’t to suggest that we don’t need to guard against the threat, especially of violent activity, that white supremacists still pose (recall, for example, the three murders committed by a former Ku Klux Klan grand dragon at two Kansas City Jewish institutions in April 2014).

Neo-Nazis and their ilk, however, are universally denounced. Existing on the margins of American society, they harbor hatred toward people of color and other minorities, not only Jews. Many of them have criminal backgrounds. Is it any wonder they’re reviled by every person of conscience? In Portland, whenever a Jewish facility has been victimized by anti-Semitic graffiti, the local Catholic archdiocese has offered to send volunteers to clean it up in a show of solidarity against hate.

The BDS movement, on the other hand, has had success in getting its anti-Semitic campaign of delegitimization to take hold within certain segments of mainstream society. It does this in three ways.

Second, some of the BDS movement’s champions are respected academics from prestigious universities or, worse, influential Christian clergy. The latter are especially problematic because they’re often seen working alongside Jewish social justice advocates in interfaith coalitions that address domestic issues such as poverty and immigration. The fact, then, that most of these Christian leaders can hardly be considered anti-Semites makes it difficult to make the case that BDS is anti-Semitic in its effect, if not always in its intent.

Third, Jewish Voices for Peace, the virulently anti-Zionist group that plays a starring role in the campaign to isolate Israel, shields the BDS movement from allegations of anti-Semitism. On university campuses and within liberal Protestant circles, JVP falsely – but convincingly – portrays itself as representative of mainstream Jewish opinion.

Regrettably, it is abetted in this deception by a few progressive Jewish publications that don’t hesitate to publish incendiary opinion pieces by JVP leaders.

The ongoing challenge for the pro-Israel community, therefore, is to expose BDS as an odious movement that hides under a veneer of humanitarian concern for Palestinian suffering, but whose real aims are the elimination of Israel and the denial of the right of the Jewish people to national self-determination.

Because we are wrongly accused of using the charge of anti-Semitism as a tactic to stifle “legitimate” criticism of Israel, it’s essential to demonstrate that we’re not alone in discerning the BDS movement’s true motives. In an interview with Ynetnews last June, for instance, Bassam Eid, a renowned Palestinian human rights activist, denounced the “many anti-Semitic elements that have hopped onto the BDS bandwagon.” In October, Pope Francis called the rejection of the Jewish state’s right to exist a modern form of anti-Semitism. The following month, Australian Foreign Minister Julie Bishop pledged to call out “anti-Semitic discrimination where we see it, wherever it occurs, particularly the pernicious BDS campaign.”

The more we get the mainstream public to react to BDS as it would to a swastika defacing a synagogue, the greater our chances in the long run to keep BDS in check.

Robert Horenstein is Community Relations Director of the Jewish Federation of Greater Portland. This article appeared in a January issue of the Jerusalem Report.