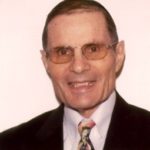 'Should Averting a Climate Catastrophe Be a Jewish Priority on Tisha b’Av?' have 3 comments