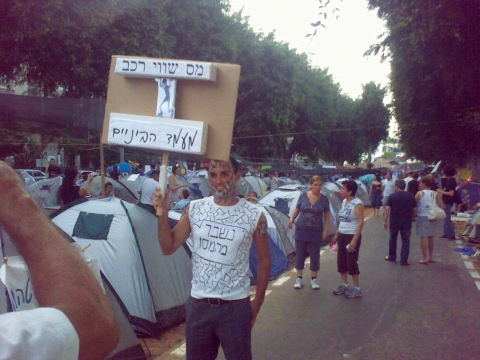 Israel’s social unrest in the summer of 2011 – or the “movement for social justice” as protesters chanted at every gathering – is one of the few times that an important social trend emerged in Israel before the United States.

Though Israel launched the movement, the question now is which society will be the first to make changes for more equality and justice. If I were a gambler, I would not put my money on Israel.

“In Israel today one-third of Israelis work, one-third serve in the military and one-third pay taxes. The problem is that it is the same one-third.” This somewhat exaggerated adage resonates with the vast majority of Israel’s middle class. From a war-ravaged country with no natural resources, Israel has become a strong and dynamic “startup nation” that has seen 50-fold economic growth since 1948 despite recurring wars and a population quadrupled mostly by impoverished refugees. This generation’s middle class is just the latest to help fuel that growth.

But while Israel’s macro-economy is booming, the middle class is crumbling under its economic burden. Housing, taxes, day care and food prices add up to an intolerable cost of living for the majority of Israelis.

Interestingly, Israel’s economic prowess is largely to blame for the current pressures felt by Israel’s middle class.
Prime Minister Benjamin Netanyahu was Israel’s finance minister when Israel was in a recession after the high-tech bubble burst in 2002. Netanyahu wisely pushed large-scale privatization of government holdings, significantly reducing government spending. That has helped Israel weather the current international economic crisis.
Since few had the capital to acquire state assets, much of the consumer economy now is dominated by a few tycoons. Without competition, the cost of living has risen to unprecedented levels. Anti-trust efforts have been largely ineffective.

Consumer reaction began with the “cottage cheese revolt” organized on Facebook in May to protest the cost of dairy products. The ensuing boycott forced the three dairy companies to lower their prices. The success spawned the belief that the average Israeli can make a difference.

In July, a small group of young Tel Avivians announced on Facebook they would pitch tents on the upscale Rothschild Boulevard – the equivalent of Portland’s Park Blocks. Since 2005, rent has increased by 34% across Israel and by 49% in Tel Aviv while salaries have remained stagnant.

Shattered was the traditional mainstream middle-class myth that any hardship can be overcome if you try hard enough. Successful, hardworking Israelis finally realized they were not to blame for their economic hardship.

Soon tent cities sprang up in other cities and towns. The largest protest in the history of Israel brought 500,000 Israelis onto the streets. The success surprised even the leaders of the loosely aligned, nonpartisan and not always cohesive coalition for social justice. A wave of euphoria gripped the average citizen.
So, why am I skeptical that serious change is in the cards?

Until the cottage cheese revolt and the social justice protests, neither the government nor the opposition had any social issues on their agendas. Even with one in five children living under the poverty line, this social time bomb received little more than lip service from Israel’s elected officials.

At the peak of the protests, Netanyahu set up the Trachtenberg Commission to examine ways to implement socioeconomic change. Now, four months after protest leaders decided the movement had served its purpose, the push for social justice has lost momentum.

The Trachtenberg Commission recommended a 4% reduction in Israel’s largest budget item – defense – to invest in housing, education, day care and tax reform. Yet with threats from Iran and Islamist takeovers following the Arab Spring, on Dec. 28 the government instead added 2 billion shekels to the 56 billion shekel ($15 billion) defense budget.

Increased government spending was another financing option considered. But the finance minister said this could lead to a Spanish, or worse, Greek, scenario.
The flawed political system in Israel and the coalition government it has created is the source of my primary skepticism. The government has used fear of security threats and the international financial crisis as reason not to implement the Trachtenberg Commission’s recommendations.

Money to rectify civil inequalities could be redirected from two other areas of government spending – West Bank settlements and funding for ultra-Orthodox Jews who study at yeshiva and do not work or participate in Israel’s civil life.

But to remain in power, the Likud party needs the support of both the right-wing and ultra-religious parties. Therefore, this government will not re-allocate funds from the military, settlements or handouts to the ultra-Orthodox.

Ironically, a majority of the electorate of these parties is from socio-economic backgrounds that rely on the welfare of the state. But these voters are either ideologically or religiously motivated and will not shift their allegiance even if their own lives do not improve.

Israel’s productive middle class typically votes for the secular, Zionist parties like Kadima and Labor. But as this segment of society shrinks proportionally, the parties it supports are relegated to the opposition.

The Sayings of the Fathers tell us, “One must believe in miracles but not rely on them.” This is apparently what the Israeli middle class will continue to do. We will work hard, pay our taxes, serve in the Israel Defense Forces and continue to be proud patriots and Zionists. But we can no longer rely on this ethos to generate the necessary change.
Increasing economic pressure, changing demographics and the priorities of the government may prompt this important group to again demand a change in national priorities.

The government will continue to use the arguments of new security threats and the world financial crisis to avoid real change. Most Israelis do not want a decrease in the security budget, nor increased government spending. We do want the state to fulfill its pact with its citizens. Soon it will be time for the middle class to return to the streets. Eventually change will come; the question is how painful this process will be.

Mylan Tanzer is a Portland native who moved to Israel in 1981. He was the founding CEO of the first Israeli cable and satellite sports channel. Since 2005, he has launched, managed and consulted for channels and companies in Israel and Europe. Tanzer lives in Tel Aviv, is married with five children, and remains an undiscouraged fan of the Blazers and the Ducks, Tanzer welcomes reader comments and suggestions. He can be reached at mylantanz@gmail.com. 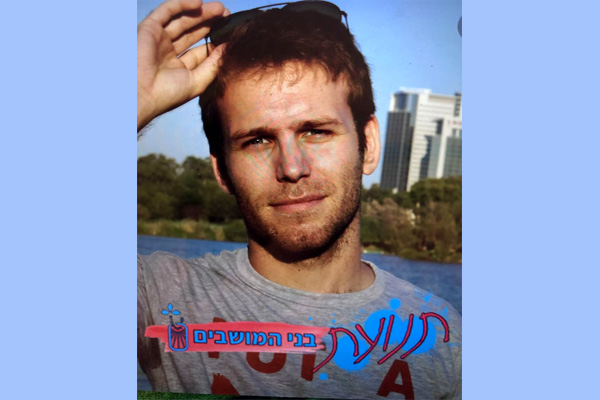 Checking in with Amos Meron