After an absence of five years, White Bird is delighted to present the return of the world-famous Australian contemporary circus company, Circa, with the West Coast premiere of their astonishing new work HUMANS. Since 2004, from its base in Brisbane, Australia, Circa has toured the world—performing in 39 countries to over a million people. As was the case in Portland in 2013, with their White Bird debut, Circa’s movement-based circus works have been greeted with standing ovations, rave reviews and sold-out houses across six continents. Under the direction of circus visionary Yaron Lifschitz, Circa’s HUMANS features an ensemble of 10 exceptional, multi-skilled circus artists whose physicality and artistry are put to the test in Lifschitz’ newest work. 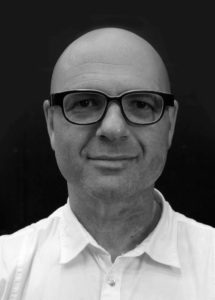 An article in the Australian Jewish News says: Lifschitz looks back on his career with lots of pride, as do his Jewish parents who may initially have preferred him to be a doctor.

Circa is at the forefront of the new wave of contemporary Australian circus—pioneering how extreme physicality can create powerful and moving performances. Circa pushes the boundaries of the art form, blurs the lines between movement, dance, theatre and circus, and leads the way with a diverse range of thrilling creations that ‘redraw the limits to which circus can aspire“ (The Age).

Over the course of 70 nail-biting minutes, HUMANS explores the limits of human physicality and perseverance. The stage remains stripped bare as the vulnerability of the artists is left exposed throughout this thrilling work. Seamlessly moving from one breathtaking acrobatic act to the next, HUMANS challenges both the artists and the audience members to answer the questions “what does it mean to be human? How can you express the very essence of this experience with your body, with the group and with the audience? Where are your limits, what extraordinary things can you achieve and how can you find grace in your inevitable defeat?” Lifschitz uses this work to report on what it means to be human. “In our limitations are our possibilities,” he says. It is “precisely because we are human that our physical achievements acquire dignity, meaning and poetry. It is in connection to our vulnerability that our strength finds its true articulation.”

In its glowing review, The Guardian (UK) sums up the power and beauty of HUMANS: “Circa’s brand new production Humans is the five-star favorite: a clear demonstration of the artistry of circus and its potential to draw together multiple theatrical forms. What I adored was its fluid take on humanity and gender roles: women caught men falling backwards; men leapt towards and were caught by men. As the ensemble moved themselves into sculptural, abstract shapes, reaching higher to the ceiling for the denouement, I felt moved by their vulnerable, collective humanity.”

Circa’s Artistic Director Yaron Lifschitz is a graduate of the University of New South Wales, University of Queensland, and National Institute of Dramatic Arts (NIDA), where he was the youngest director ever accepted into its prestigious graduate director’s course. Since graduating, Yaron has directed over 60 productions including large-scale events, opera, theatre, physical theatre, and circus. His work has been seen in 39 countries and across six continents by over one million people and has won numerous awards including six Helpmann awards and the Australia Council Theatre Award. He is currently Artistic Director and CEO of Circa, and was the Creative Director of Festival 2018: the arts and cultural program of the 21st Commonwealth Games. In 2018, Yaron directed four new Circa creations, and a new production of Idomeneo which opened in Lisbon at The Teatro Nacional de São Carlos.