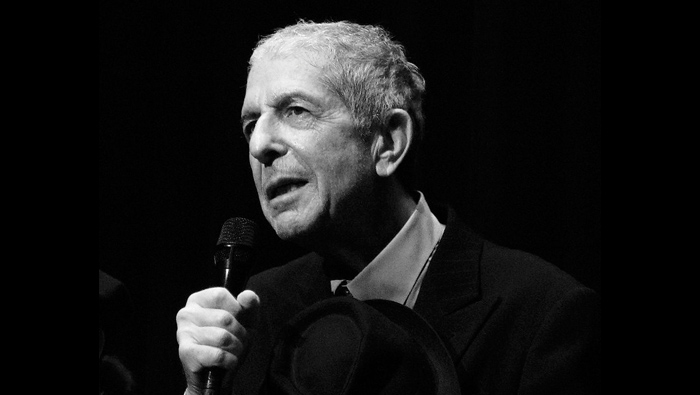 A Tribute to Leonard Cohen held on the night of broken glass (Kristallnacht) will be presented at 7 pm, Nov. 9, at Congregation Beth Israel, 1972 NW Flanders St. The concert is cosponsored by the Institute for Judaic Studies, Havurah Shalom, and Oregon Jewish Museum and Center for Holocaust Education.

This concert exploring Cohen’s poetry and music will also, appropriately, mark not only his yahrzeit, but also the commemoration of Kristallnacht, the night of shattered glass and shattered Jewish lives.

Poet and songwriter, mystic and philosopher, philanderer and fervent Jew, Leonard Cohen remains an enigma one year after his death and so many years after his musings and music shaped the world of folk and rock music. Leonard inspired Judy Collins, Joan Baez and Bob Dylan among many other musical and literary luminaries. His compositions, especially “Hallelujah,” have become ubiquitous in our culture. Synagogues throughout North America have adapted this song and overlain Hebrew liturgy to the plaintive melody, which had a new life as the theme song for the movie “Shrek.” Leonard Cohen’s last album deeply explored some of the Jewish themes he had embraced and rejected throughout his life, culminating in the refrain, “Hineini! – Here I am, Lord!”

The concert and light reception is open to the public; suggested donation is $10.

As in introduction to the concert, Alicia Jo Rabins will present a three-part class, The Torah of Leonard Cohen. Did you know Leonard Cohen was the grandson of two of Canada’s most prominent rabbis? Join Alicia – musician, poet, Torah scholar and Leonard Cohen devotee – on a deep, joyfully thought-provoking Jewish journey through Cohen’s songs and poems. We will explore mystical themes of love, ecstatic worship and ritual in Cohen’s work, as well as the interplay of Jewish and Buddhist themes. Offered through the Institute for Jewish Studies and in cooperation with Congregation Beth Israel, the class will be held on Oct. 3, 17 and 31 from 11-12:30 at the Mittleman Jewish Community Center. Cost is $15 per class or $40 for all three classes.

For more information on the concert and the class, contact IJS President Sylvia Frankel at frankel@lclark.edu.

'A Broken Hallelujah: A Tribute to Leonard Cohen' has 1 comment